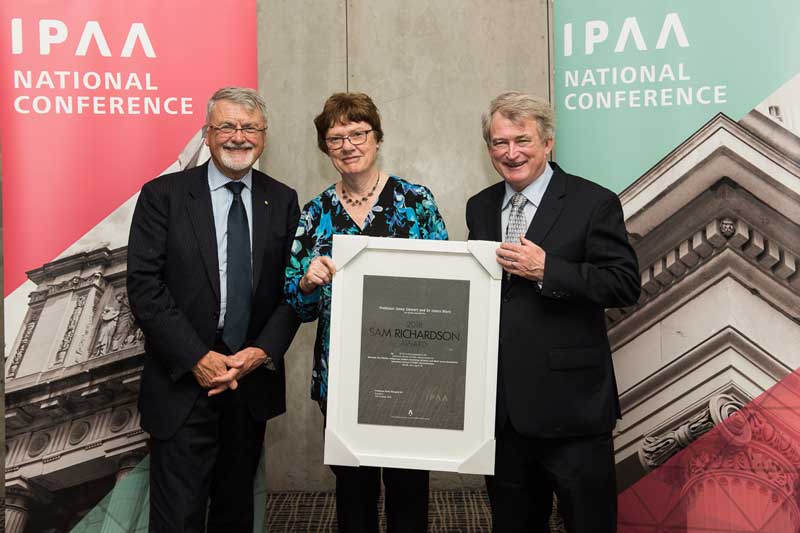 Professor Jenny Stewart and Dr James Warn have won the 2018 Sam Richardson Award for the most influential article published in the Australian Journal of Public Administration.

Professor Stewart and Dr Warn from the UNSW Canberra School of Business won the award for their article: ‘Between Two Worlds: Indigenous Leaders Exercising Influence and Work across Boundaries’.

“The article by Jenny and James is not just of a high academic quality but has real relevance to the administration of Indigenous affairs,” said Professor Shergold.

The Sam Richardson Awards are presented by IPAA each year to recognise the contribution made by researchers to the study and practice of public administration in Australia. They are named after Professor Sam Richardson AO CBE, who was a foundational principal of the Canberra College of Advanced Education, now the University of Canberra.

A full list of winners of the Sam Richardson Award is available from http://www.ipaa.org.au/awards/sam-richardson-award/