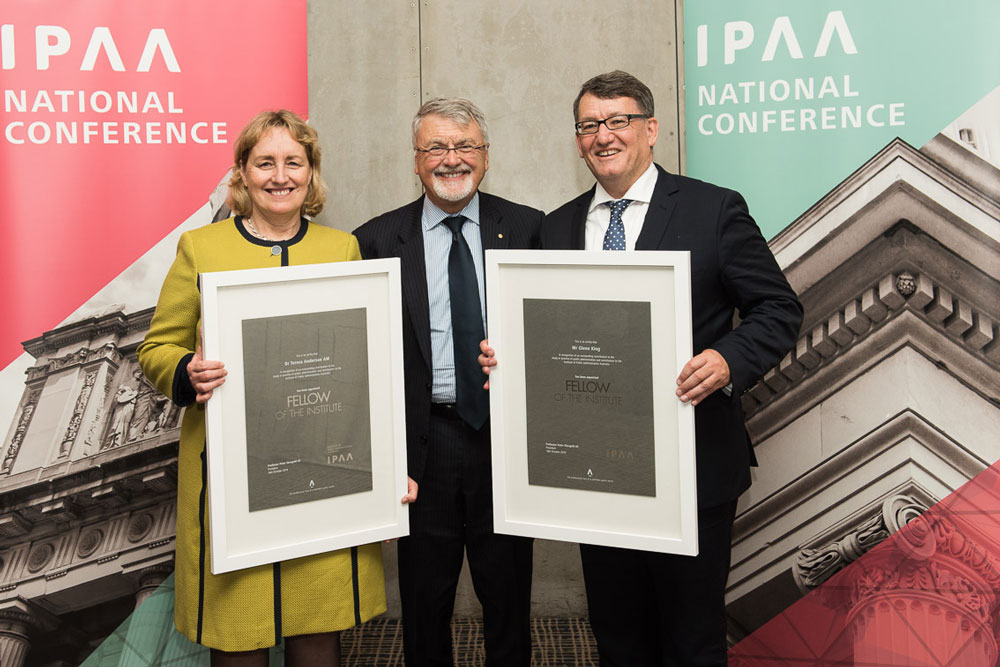 The Institute of Public Administration Australia (IPAA) has recognised ten of its finest with the organisation’s highest honour — a National Fellow Award — at a function held in Melbourne last night.

“The National Fellow Awards recognise those individuals who have made an outstanding contribution to the study and practice of public administration,” said Professor Shergold AC.