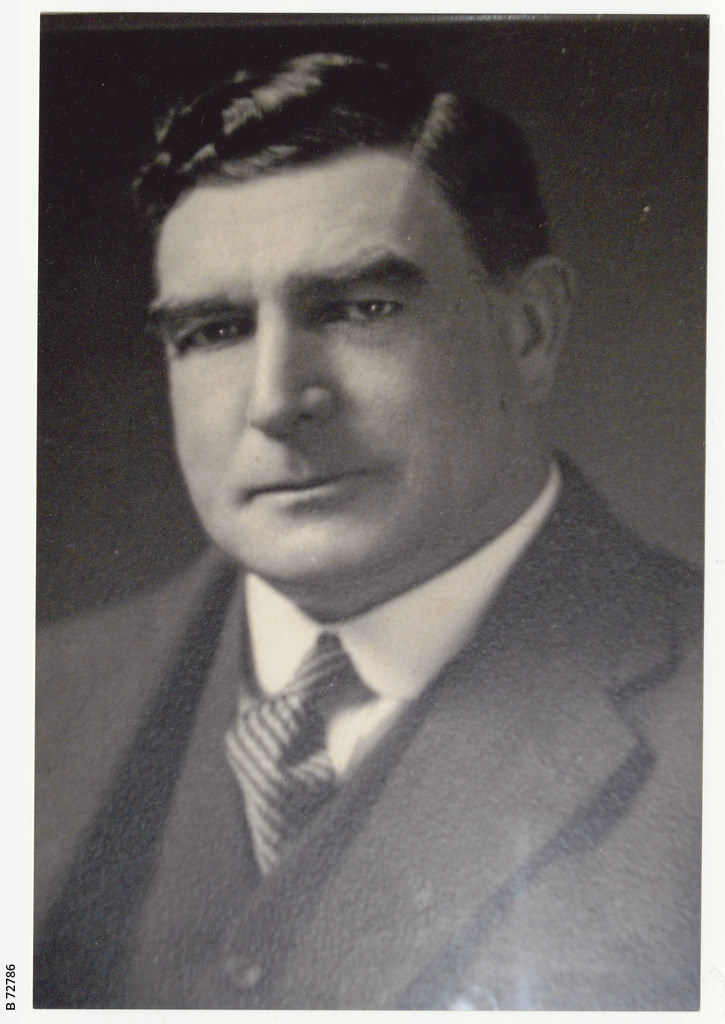 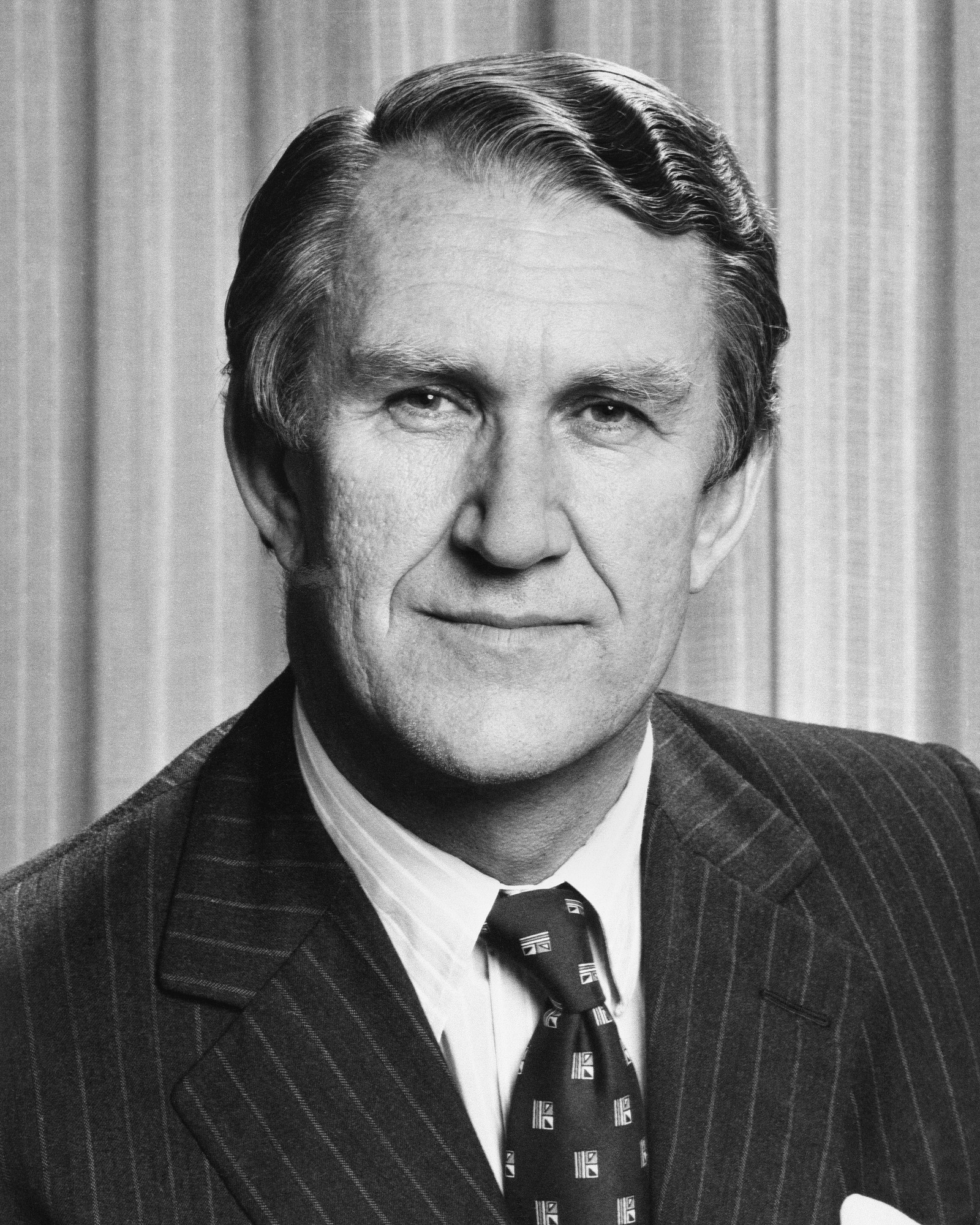 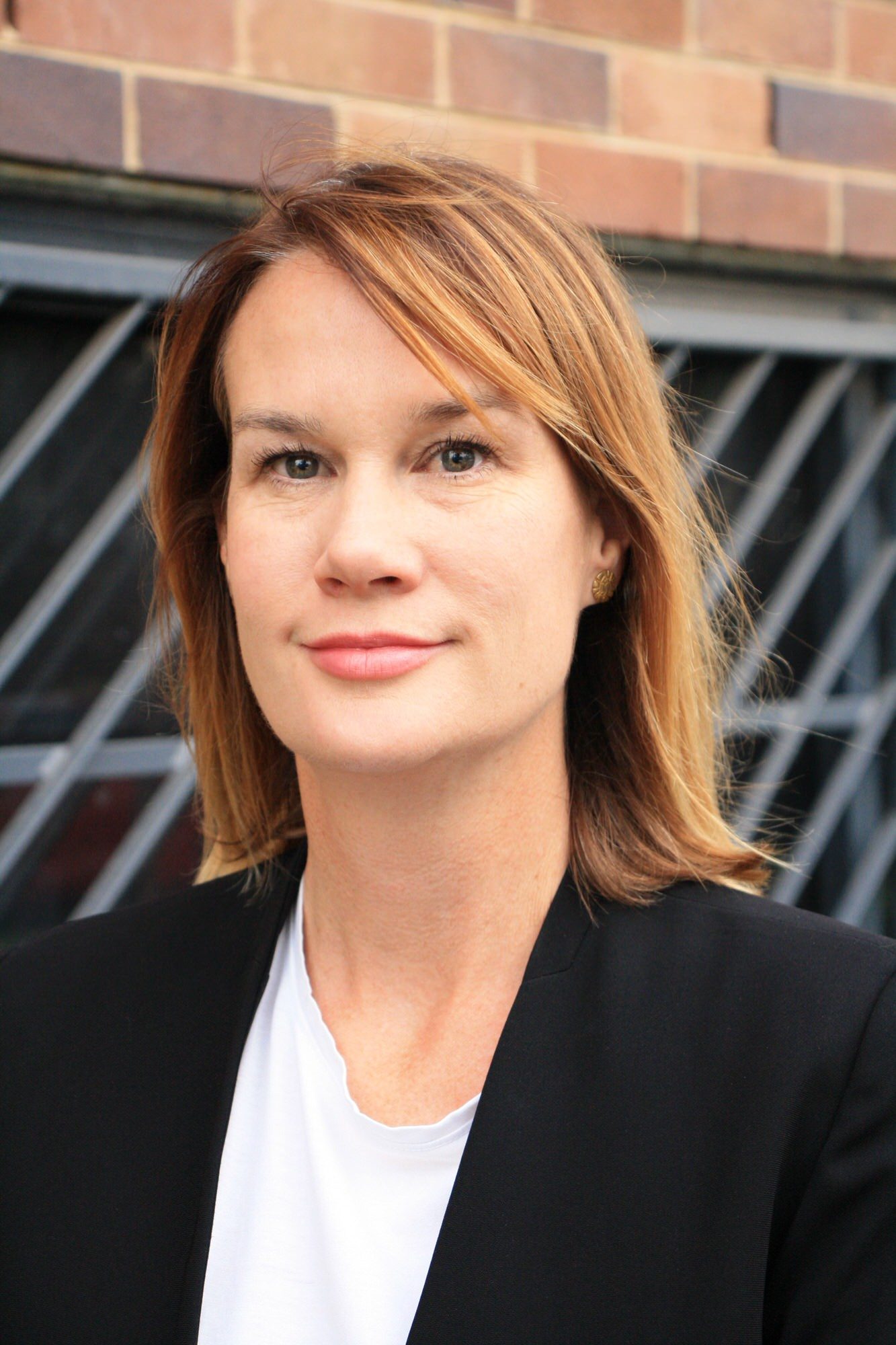 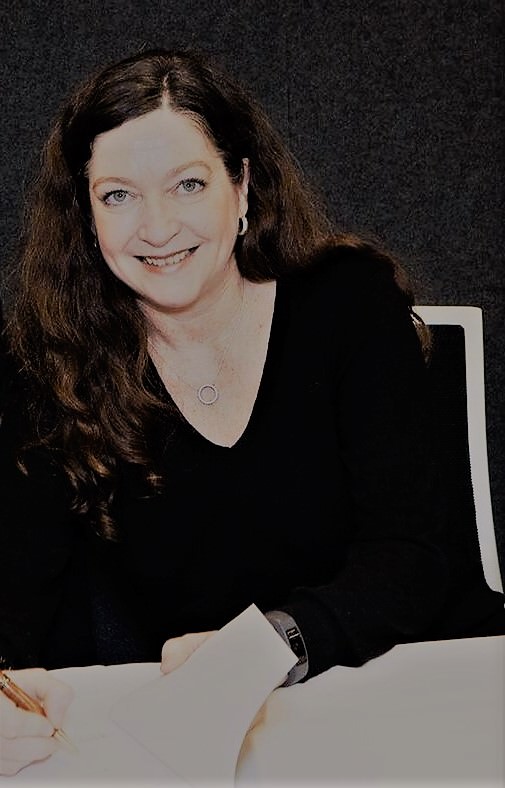 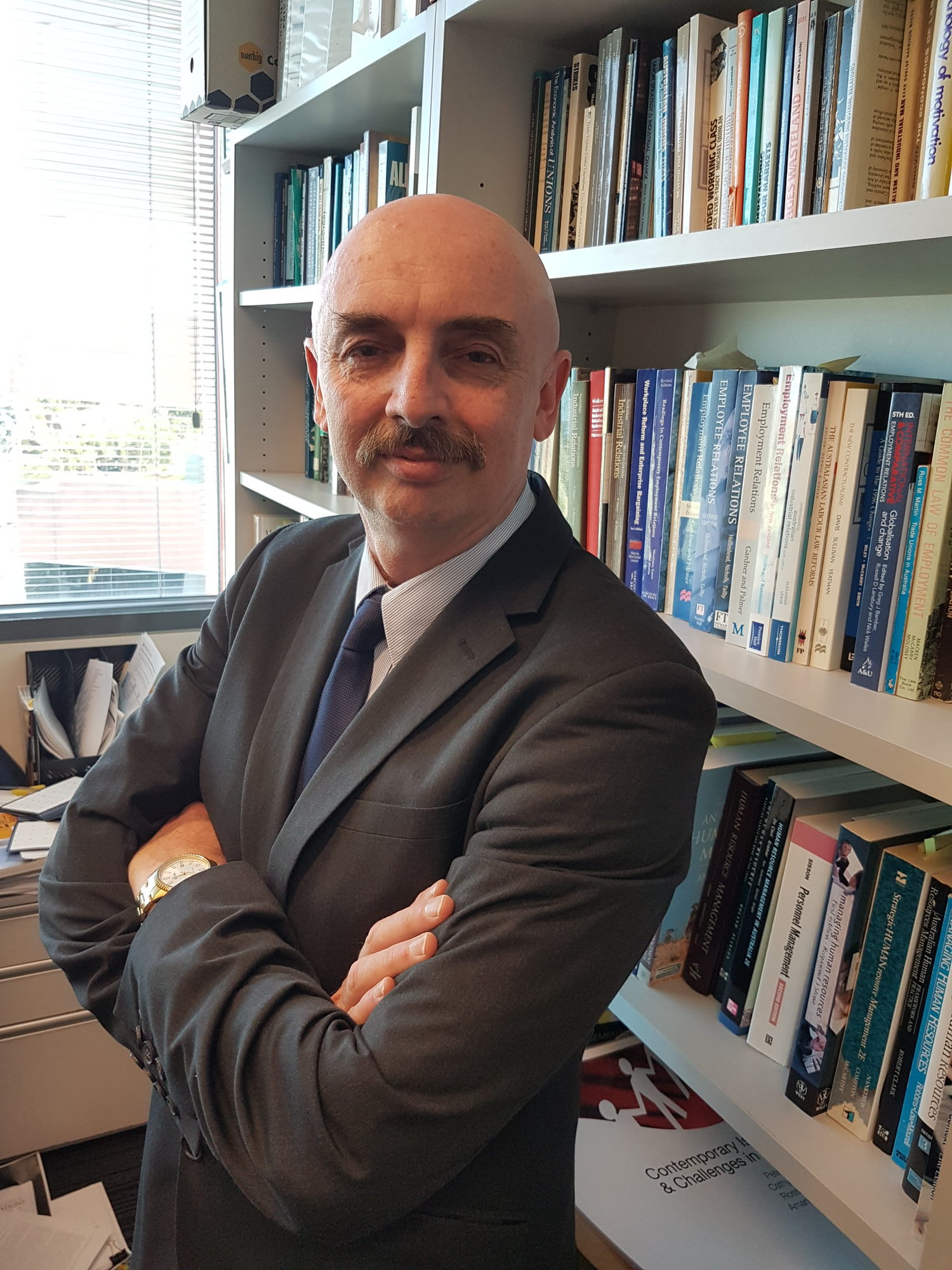 The Australian Journal of Public Administration has been in continuous publication for 81 years, documenting the changing face of public administration, public management and public policy through the different lenses of public servants, politicians and academics.

This article provides an opportunity for you to span the journal’s history. So step into the AJPA Time Machine and travel back to its beginnings in 1937, then journey forward to 1978 (a rough mid-point in the journal’s record), before heading back to 2018.

Australia, 1937 — Avoid the most serious national mistakes with accurate knowledge of real facts (Vol. A1).

The first issue of the journal was published December 1937. It was a year in which the Lyons Government was retained, the report of the Royal Commission in the Monetary and Banking System was delivered, and Australia came from behind to defeat England 3–2 in the cricket — with a 28-year old Don Bradman scoring 169 in the decider.

The first article in this issue was written by Sir Herbert Gepp, K.B.E. — who, at 60 years of age, had variously been a mining metallurgist and manager, public servant, industrialist and publicist. He was a man with boundless energy, an inventive mind and a commitment to industrial growth.

Herbert Gepp’s paper called for the development of a completely new Australian institution — an Economic Research and Advisory Council — to avoid the ‘most serious national mistakes… caused by an absence of accurate knowledge of real facts… and the absence of which makes it impossible to appreciate the repercussions of policy decisions’.

Scattered throughout his paper, Herbert Gepp shares a variety of insights that resonate as much today as they did in 1930s Australia:

‘It is the responsibility of every generation to see to it that it’s institutions — and especially its political institutions — are moulded to meet the changing needs of the community.’

‘…those who formulate policy must be thoroughly informed of the economic facts of their country before they make important economic decisions, and… those who are entrusted with the administration of policy must be of the highest calibre and skill.’

‘Brain-power is the cheapest commodity produced in Australia and we would do well to make full use of the wealth of mental ability we possess.’

The journal has published papers by several Prime Ministers of the day. For example, the Rt. Hon. John Malcolm Fraser Prime Minister delivered the Garran Oration on responsibility in government, published in the journal in March 1978.

1978 was the year when Olivia Newton-John and John Travolta topped the charts with ‘You’re the One that I Want’, Pat O’Shane — a Yalangi woman from the Kunjandji clan —became Australia’s first Aboriginal barrister, and more than 100,000 spectators saw Hawthorn defeat North Melbourne by 18 points in the VFL Grand Final.

Malcolm Fraser spoke on the vital principle of responsibility — to the electorate and the Parliament — which he believed ‘must be maintained and strengthened because it is the basis of popular control over the direction of government and the destiny of the nation’.

The need for a smoothly operating Cabinet system characterised by collective responsibility depended, in his view, ‘on the existence of mutual trust, confidence and respect between ministers in the government’. The significance of Cabinet unity, of Cabinet members’ loyalty, and support to one another, ‘could not be over-emphasized’ in his estimation.

In his view, the role of the public servant was to act as the agent of the elected government —‘an extraordinarily important role’ with a ‘high and onerous responsibility’ — onerous because they work apolitically in a political environment.

Malcolm Fraser further believed that constant reorganization was ‘disruptive to the departments’ and that the ‘public service can give of its best only when it is not faced with continuing upheaval in its organization’.

In his concluding remarks, Malcolm Fraser said that responsibility of political leaders ‘is to contain the public’s expectations of the government’s performance within the bounds of what is in fact achievable’ and acknowledged the truism that a ‘constant procession of promises followed by disappointment can only lead to widespread public cynicism and disenchantment’.

One of the biggest changes affecting public administration over the journal’s history has been technological.

In September 2018, the journal published a practice insight on one technological challenge — that of social media and the workplace — written by Dr Alison Barnes and Dr Nikola Balnave from Macquarie University, and Dr Peter Holland from Monash University.

2018 saw Dr Megan Clark AC become Head of the first Australian Space Agency, Prime Minister Malcolm Turnbull ousted by his own party, Michelle Guthrie unceremoniously sacked by the ABC Board, and victory for the Brisbane Broncos over the Sydney Roosters in the Grand Final of the inaugural National Rugby League Women’s competition, 34–12.

Alison Barnes, Nikola Balnave and Peter Holland used their paper to examine the contentious issues arising from the use of social media by Australian public servants, which bring to the fore ‘questions about balancing the purported independence of the public service against a public servant’s right as an individual to engage with the politics and issues of the day’. The high-profile case Starr v Department of Human Services is used as a case study to place these issues in context.

Barnes, Balnave and Holland note that the ‘extent to which public servants should, in their capacity as private citizens, be able to engage with the politics of the day’ has been debated since the inception of social media.

The authors argue that ‘public service social media codes of conduct, rather than serving to maintain public confidence, may be working not only against individual privacy but also against the public interest’.

They conclude that the unique situation of the public service brings these tensions into sharp relief: ‘the striking of a balance between the employer’s legal obligations and the employee’s rights, and for the public service to be seen to act impartially, is extraordinarily complex and difficult when itcomes to developing social media policies.’

Their final words on the subject? ‘It is clear that social media use in the workplace remains contested terrain.’

Just a Tiny Fraction of the Journal’s Back Catalogue

These three papers — spanning the journal’s origins in 1937 through to the current day — represent only the tiniest fraction of papers published throughout its 81-year history.

In her 2015 reflections on the journal’s publications, editor Catherine Althaus, took a close look at the changes in the journal since 1970. Sadly, she found that contributions by public servants had declined by around 14% in the period 1995–2015.

Engagement with public servants remains a key challenge for the journal, and ‘the biggest threat it faces moving forward’— in Catherine’s view — ‘is its ability to engage with its audience and community’.

These three papers — as brought to you by the AJPA Time Machine — provide examples of the peculiarly Australian content the journal brings to Australian and international audience.  The journal provides a faithful reflection of the issues and pressures faced by the public service through the lenses of public servants, politicians and academics.

To view digital copies of the journal download the app or click through to the online portal.

For more information on submitting a manuscript for publication in the journal visit the Wiley Online Library.

Barnes, A. 2018. Portrait of Dr Alison Barnes (supplied by author).