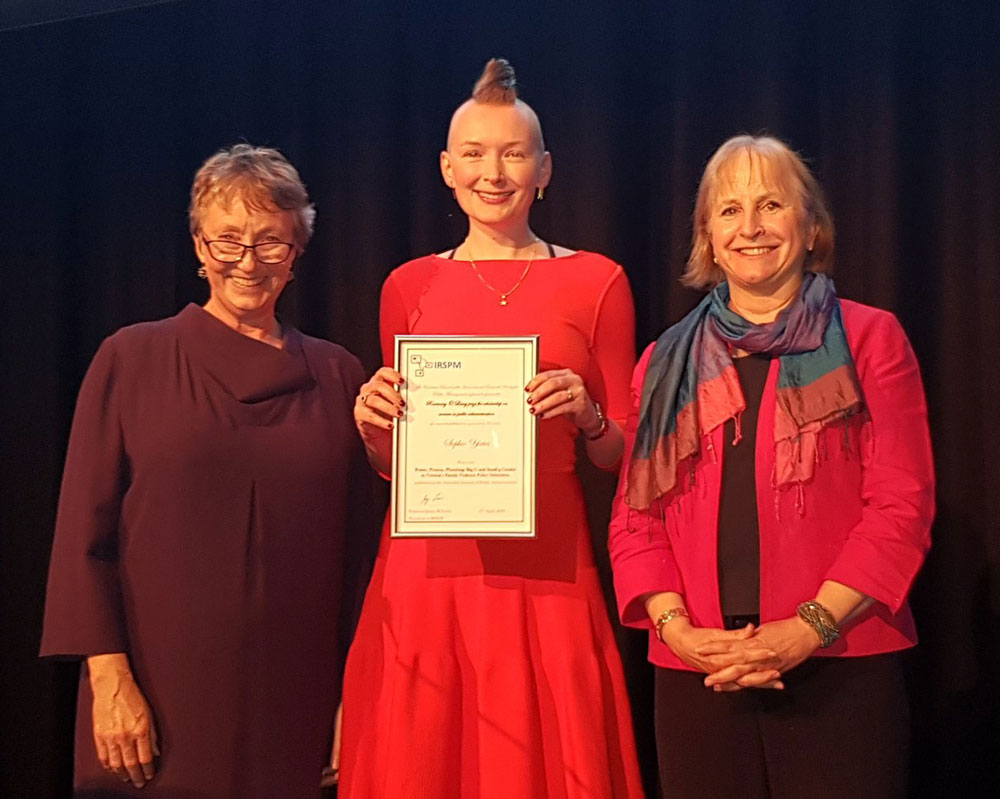 Adding to her joint Sam Richardson Award with John Alford in 2017 for her paper Co‐Production of Public Services in Australia: The Roles of Government Organisations and Co‐Producers, Dr Yates has received another accolade for her ground-breaking gender research, winning the inaugural Rosemary O’Leary Prize for Scholarship on Women in Public Administration.

Dr Sophie Yates received her award at a ceremony held at a dinner on 17 April 2019 at the International Research Society for Public Management Conference in Wellington, New Zealand.

Dr Yates said her article was “part of a collaborative special issue on gender, power and evidence based policy aimed at implementing feminist principles in the editorial process as well as the research, so it’s wonderful to have that work acknowledged”.

Her article argues that “a process-based approach to gender is more useful for understanding and responding to family violence than a narrow, category-based view”.

Dr Yates urged policymakers and other policy actors to take “a broader and more consistent understanding of gender and how it distributes power and shapes the world that men, women and children live in”.

The Rosemary O’Leary Prize was established in 2019 by the International Research Society for Public Management and submissions are judged on the significance of the contribution to scholarship on women in public administration; excellence in writing and communication; and scholarly innovation and rigor.