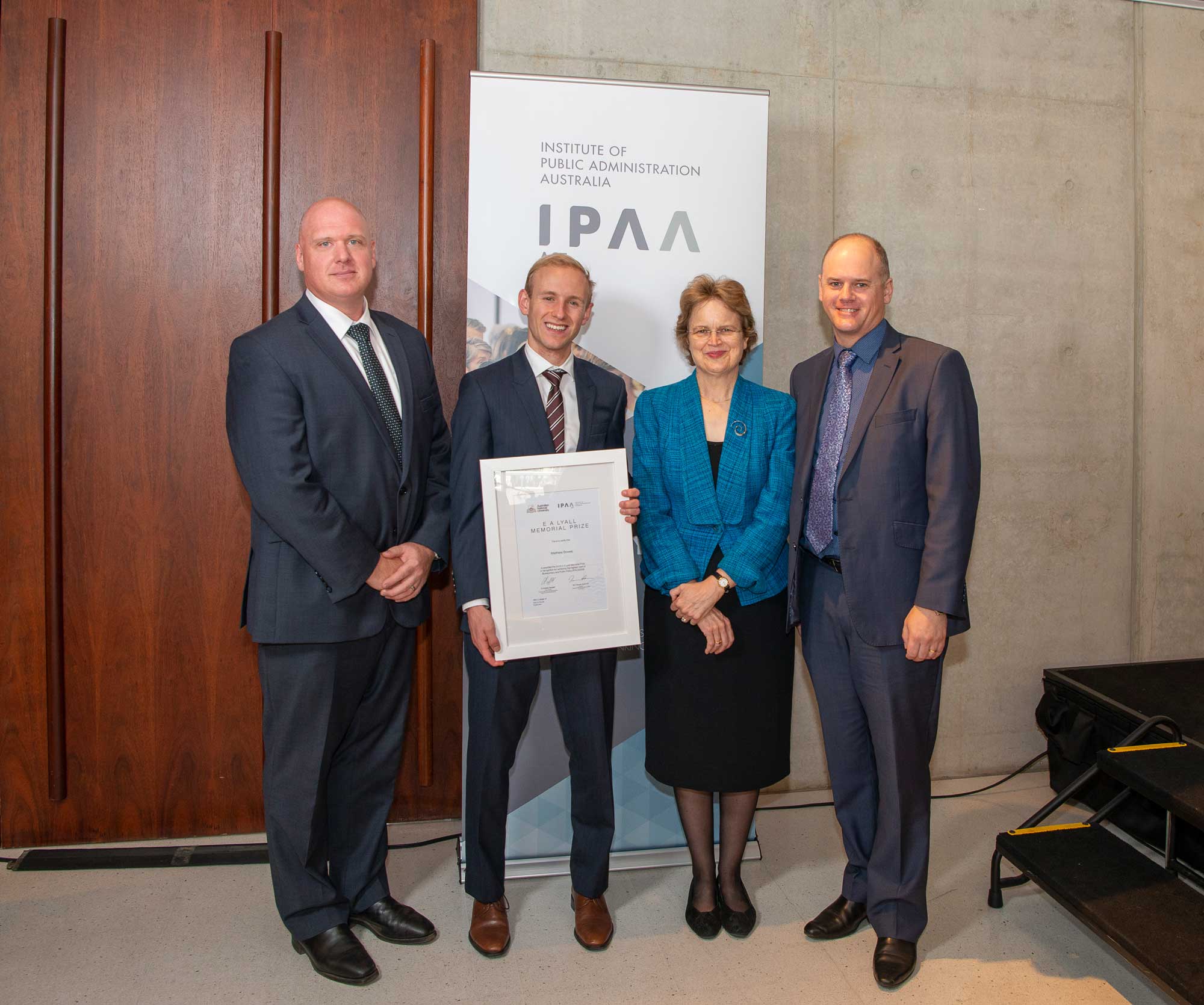 Mr Matthew Bowes was announced as the winner of the 2018 E A Lyall Memorial Prize by Dr Andrew Banfield (Head of School, School of Political Science and International Relations, ANU) at an IPAA ACT event held on 9 April 2019.

The prize was created by IPAA ACT in partnership with the Australian National Unversity (ANU) to honour the memory of Mr Ernest Lyall (1931–1972), an outstanding scholar and academic.

The prize is awarded to the undergraduate student with the highest mark in the ANU political science course ‘Bureacracy and Public Policy’.

Mr Bowes — a Tuckwell Scholar  — is continuing his studies at the ANU this year and is writing his Honours thesis in political science.

The E A Lyall Memorial Prize was first awarded in 1974, making it one of the longest-standing undergraduate prizes at the university.