Reflecting on ‘The Ethics of Public Office’ 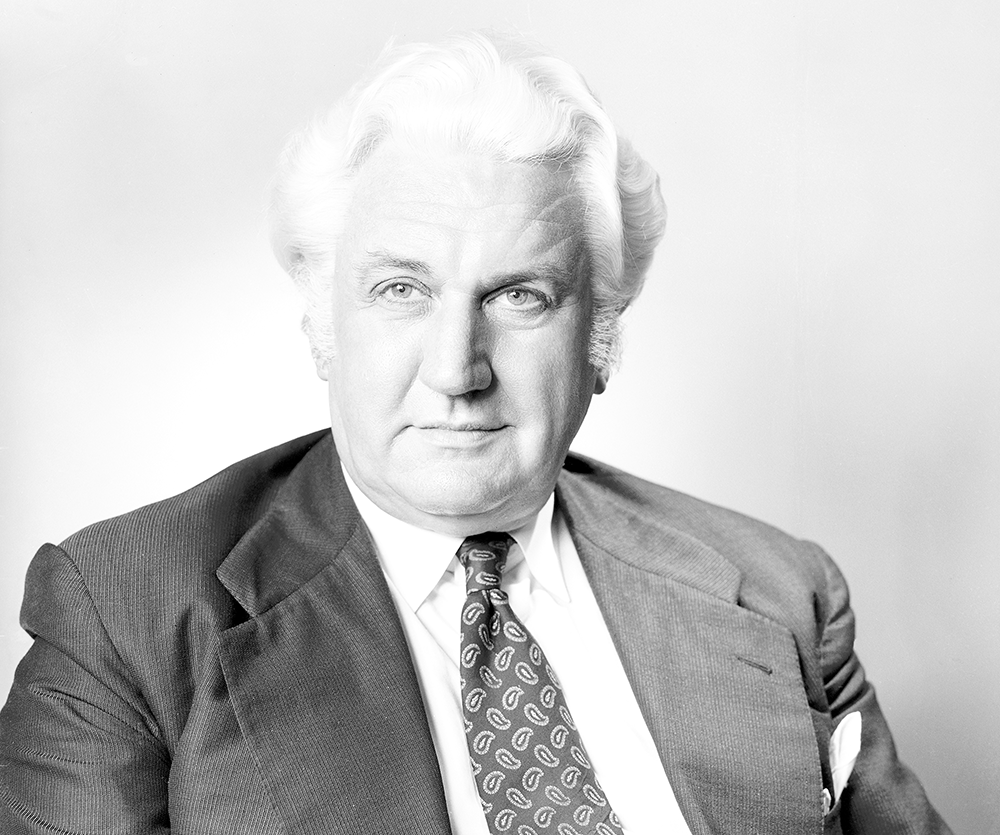 As the Australian Government edges closer to releasing a bill for the establishment of a Commonwealth Integrity Commission, it seems timely to look back at what a former Governor-General — the Hon. Sir John Kerr KCMG KStJ QC — had to say on ‘The Ethics of Public Office’ in his 1974 Garran Oration.

To provide some historical context, Sir John delivered the Oration at the national conference of the Australian Regional Groups of the Institute of Public Administration on 11 November 1974, exactly one year before his dramatic dismissal of the Whitlam Government on 11 November 1975.

Putting the drama associated with the dismissal to one side: what did Sir John have to say about the ethics of public office that might inform our thinking on integrity in Australian government half a century on?

Sir John was no stranger to speaking to a public administration audience and given his particular background — he had studied law and practised as both lawyer and judge before being approached by Prime Minister Whitlam about the Governor-General appointment — his 1974 Garran Oration, was, quite naturally, grounded in his legal and judicial experience.

For the purpose of his oration, Sir John described the Australian system of government as having four arms — the legislative arm, the executive government itself, the administration and the judiciary — and noted that ‘the community expects more of those in public office than it expects of individuals pursuing their own interests in non-public affairs’.

The overarching point he wished to make in his 1974 Garran Oration was that:

‘…we have been advantaged in Australia by the ethical approach to their duties and responsibilities by public officials and that, although times have changed radically and are changing at a greater rate than we have ever previously experienced, the basic ethical precepts of those holding public office have stood the test of time… this is fundamentally because of the underlying professionalism of those holding public office and the continued stability of the inherited Westminster system. Public confidence in the Government and its administration is necessary in a democracy if the policies of the Government are to be properly implemented.’

Sir John limited his discussion on ethical problems in the political arena to the questions arising from its relations with the Public Service and the question of ministerial responsibility.

Warming to his topic, Sir John quoted the US Senate Sub-Committee on Labour and Public Welfare’s 1951 Ethical Standards in Government which described how:

‘From the beginning of history, thoughtful men who have been concerned about either ethics or politics have seldom been able to escape from becoming involved with the other.’

‘When all is said and done politics involves the pursuit of power while ethics impose restraints on the use of power’.

From Sir John’s perspective ‘ministers being officers of the Crown should, in that capacity, accept and apply to themselves the principles of honesty applicable to judges and public officials’.  He also believed that ministers should act impartially when deciding questions affecting the rights and liberties of citizens.

Sir John then turned his attention to the ethical considerations of public officials, describing his own views in the non-inclusive language of 1970s Australia:

‘It is the duty of the public servant, once policy is settled and stated, to administer that policy loyally and energetically and not to subvert it or delay its implementation. He must resist the temptation to do so especially when the policy has originated from other sources of policy advice than the Public Service and especially if he disagrees with it and has advised against it. He has a positive duty to advise and to point out risks and difficulties and to assert his right and duty to do this up to the point of decision. Thereafter he is bound to execute with all due diligence the policy as settled.’

‘If a public servant disagrees with a policy fixed and settled by the government he may have problems of conscience. His confidence in the goodness of his own intent could, but should not, lead a public servant to conclude that he, and not the elected government, knows best what the public interest requires and that he has a right of duty to disclose private and confidential matters if he thinks their disclosure will promote a result he desires.’

‘Ethical matters are delicate and ethical rules grow and develop within a group over long periods of time. They help to provide certainty, continuity and stability and to underwrite the basic constitutional conventions.’

Sir John concluded by observing that the subject of his oration had been a difficult one and made one final pronouncement on the ethics of public office:

‘As with all ethical questions the ultimate authority is the personal judgement of the individual professional person… He has to answer to himself and will know if he has departed from the unwritten code. If he has any doubt he should seek advice. If still in doubt he should disqualify himself.’

The scope of the upcoming bill to establish a Commonwealth Integrity Commission will be informed by public submissions received in early 2019, the Government’s agenda, and the community’s desire for honesty, transparency and integrity in government.

The breadth and depth of a future Commonwealth Integrity Commission are yet to examined by Parliament. Until such time as a future bill is introduced and passed into law, public servants in the Australian Public Service will continue to be subject to the Code of Conduct under the Public Service Act 1999 and the general duties of officials described in the Public Governance, Performance and Accountability Act 2013. Ministers in turn will remain subject to the Australian Government Statement of Ministerial Standards.

How these various arrangements might relate to, or be subsumed within, the administrative provisions and powers of a future Commonwealth Integrity Commission will become clearer once the Government has released its draft bill later this year.