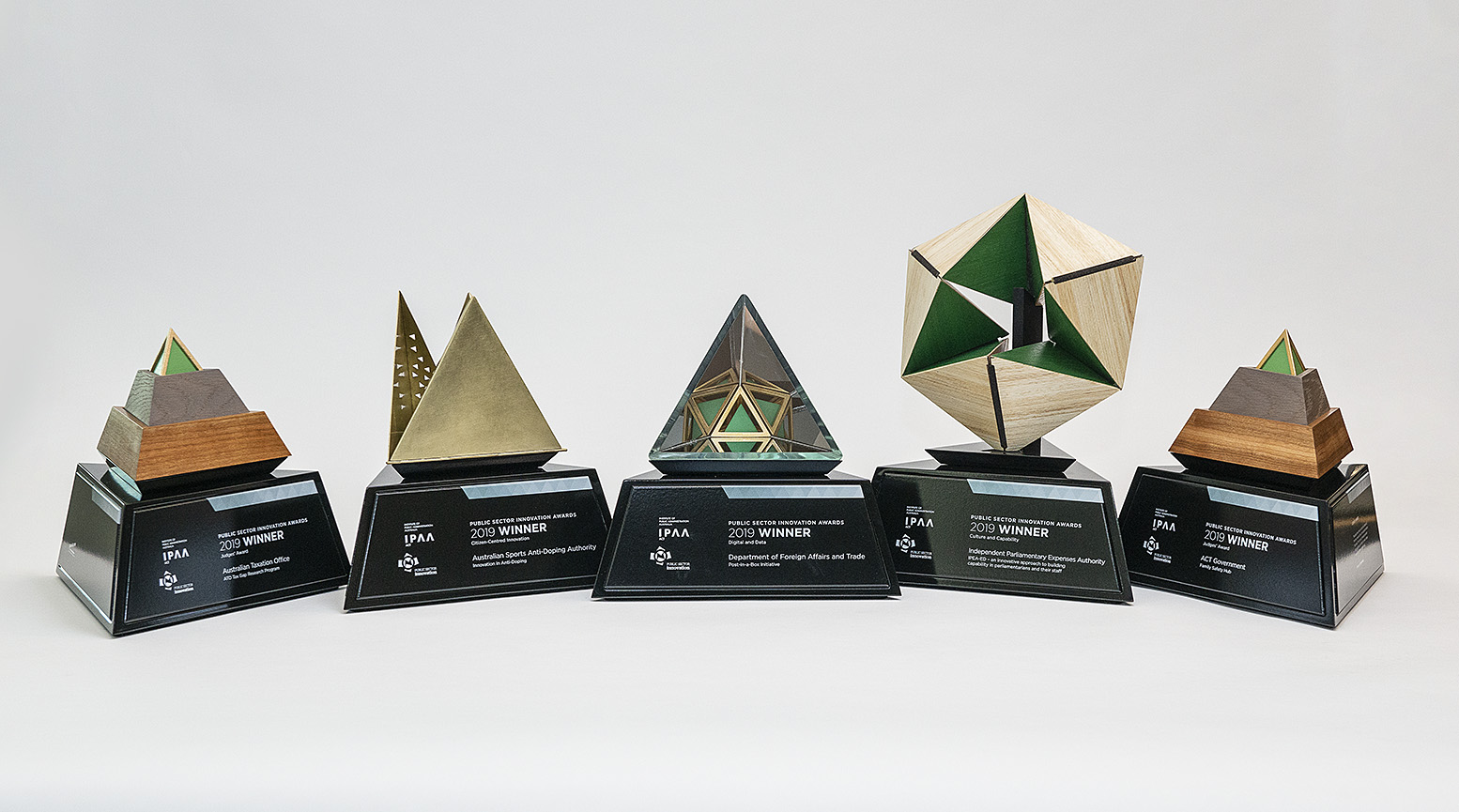 Innovation across the public sector was celebrated last night at the annual Public Sector Innovation Awards in Canberra.

Hosted by IPAA ACT and the Public Sector Innovation Network, twelve finalists from across the Australian Public Service and the ACT Government were on hand to find out if they had won following their pitch to the panel of judges earlier in the month.

The ceremony’s opening address was given by Dr Heather Smith PSM, Secretary, Department of Industry, Innovation and Science, who observed that sharing and celebrating success is a vital part of the innovation journey.

The Australian Sports Anti-Doping Authority won the Citizen-Centred Innovation Award for its world-first approach to connecting with athletes through a virtual reality doping control experience and a Clean Sport app as a ‘one stop shop’ for anti-doping education.

The Independent Parliamentary Expenses Authority won the Culture and Capability Innovation Award for IPEA-ED — a dedicated mobile platform which provides parliamentarians and their staff with easily accessible material and content to meet their obligations when spending public funds.

And the Department of Foreign Affairs and Trade won the Digital and Data Innovation Award for their Post-in-Box initiative which enables quick and efficient deployment of secure diplomatic network communications capability in crisis situations.

Judge’s Awards — for those public sector nominations which stood out from the crowd — were awarded to the ACT Government for it’s citizen-centred nomination, the co-designed Family Safety Hub; and the Australian Taxation Office for their digital and data nomination, the Tax Gap Research Program.

The bespoke trophies awarded on the night were designed by Questacon using 3D printing and interactive approaches reflective of the innovative nature of the Awards.