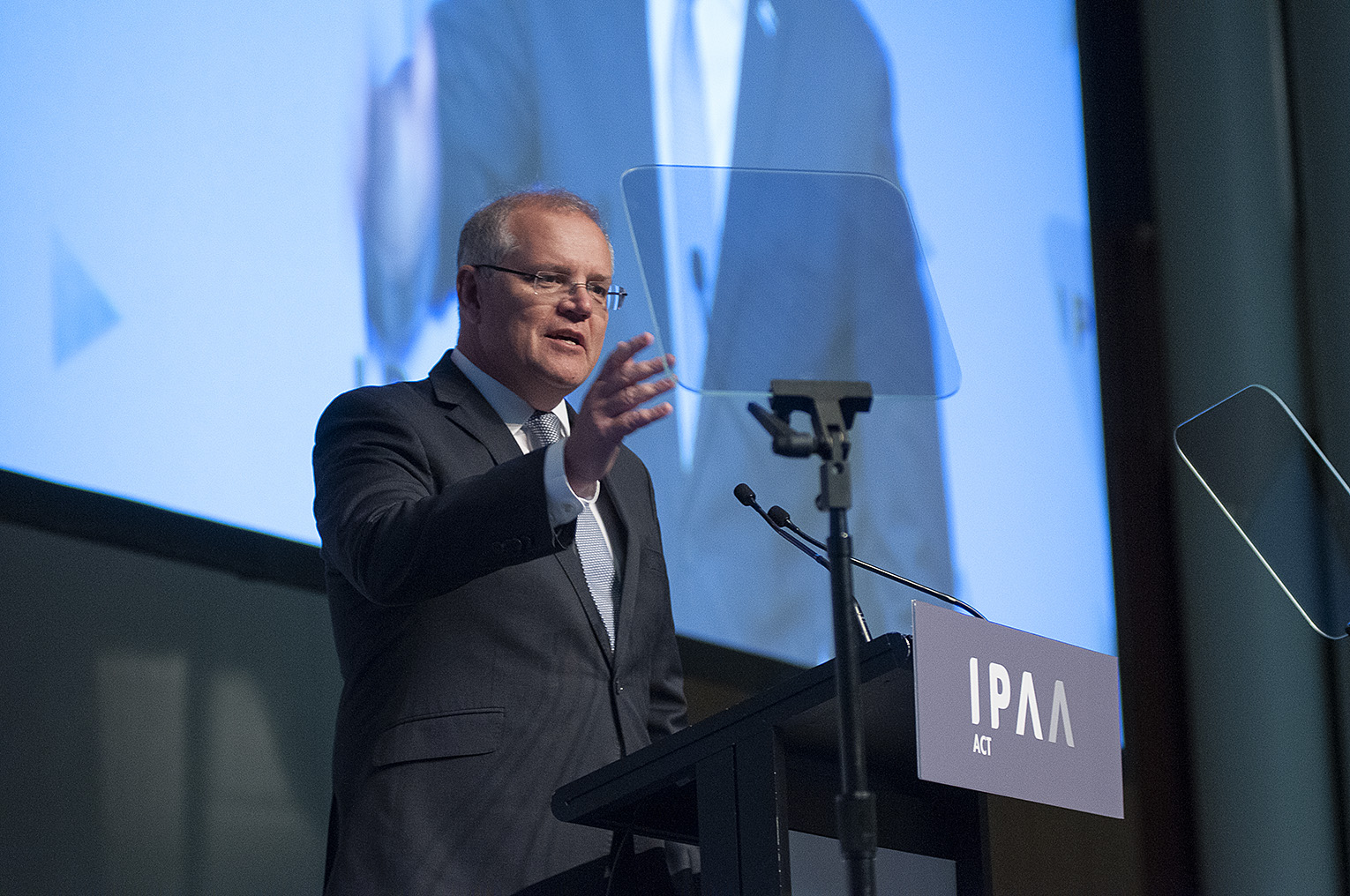 Yesterday the Hon Scott Morrison MP, Prime Minister of Australia and Minister for the Public Service, delivered a special address which laid out the direction he wants from his Government and from the Australian Public Service.

Speaking to a packed audience of senior Australian public servants in The Great Hall at Parliament House — that also included the Hon Greg Hunt MP, the Hon Ben Morton MP, the Hon Stuart Robert MP and Senator the Hon Zed Seselja  — the Prime Minister said he wanted “to place six guideposts that show the way forward as I see it as Prime Minister and for my Government for the public service, for the evolution of our public service and priorities for the future.”

The address was hosted by Frances Adamson, Secretary of Department of Foreign Affairs and Trade and IPAA ACT President; it was attended by every Departmental Secretary as well as the Australian Public Service Commissioner and several agency heads.

Dr Martin Parkinson AC PSM, the Secretary of Prime Minister and Cabinet, welcomed the Prime Minister to speak noting that “the PM’s been pretty clear already — in messages to the Secretaries Group and more publicly — about how he sees the public service.”

The Prime Minister paid tribute in his opening remarks to the more than 240,000 Australians who work for the Commonwealth Government: “we’re a pretty big show it’s complex, it’s extraordinarily diverse in all it functions.”

His first guidepost was to get the relationship right between Ministers and the public service recognising that his own approach had been “based on a simple, straight-forward formula for managing that relationship — expect and respect.”

The Prime Minister drew on the famous lines delivered by President Clinton —”it’s about the economy, stupid” — to illustrate his second guidepost which was “it’s about implementation.”

He called the third guidepost “Look at the scoreboard”, flagging the need for a “strong emphasis on delivering outcomes, with priorities, targets and metrics across portfolios.”

“Look beyond the bubble” was his fourth guidepost which described the Australians who pay their taxes, put their kids through school and look after their communities as the APS stakeholders “not the myriad of vested and organised interests that parade through this place.”

The fifth guidepost he called “the Ray Price principle” — in recognition of Mr Perpetual Motion, rugby league legend Ray Price, who’s workrate was unmatched — and exhorted the APS to “evolve and adapt amidst constant change.”

“Honour the code” — his sixth and final guidepost — was a call for the APS to draw inspiration from “our serving men and women in the ADF” who are bound by an “unbreakable code” that “sees them act at the highest levels of integrity under the most extreme levels of pressure” and reaffirming his Government’s and his own personal commitment “to an APS that is apolitical, merit based and committed to the highest standards of integrity.”

The Prime Minister closed his address by saying it was “a privilege to serve the Australian people” and that he was “grateful for the enthusiasm and passion of our public service who share this good, and decent and honourable profession.”

Peter Woolcott AO, Australian Public Service Commissioner, thanked the Prime Minister for his “vote of confidence in the work of the APS and its people.”

A video, transcript and images from the event are available from the IPAA ACT website.

← Public sector innovation shines at 2019 Awards Ceremony Why break down the silos when you can blow up them up: Alexander Lau to speak at Darwin conference →