Greg Hunt | The federation, the National Cabinet, and how it all works

One of the topics they discussed was the federation, its boundaries and how you lock in change.

This is how the Minister responded:

“The National Cabinet was born of an awareness that the country fractured, and the federation nearly — nearly — was torn asunder during the Spanish flu.

Again, those boundaries were challenged during the course of the Depression.

And so the PM was very aware of that history, and we’d actually discussed it. He went into COAG — there were some real challenges — and he proposed that structure.

That structure worked quickly, it produced outcomes — brokered outcomes. We need to be aware not everybody came into the room with the same view.

And the nature of governance is finding a pathway through conflicting views. And sometimes the focus is ‘Oh, there are differing views’. It’s not the differing views — it’s the common pathways.”

He went on to observe that:

“National Cabinet’s now been embedded as the new, ongoing and permanent structure.

What it means is that it’s leaders — with small numbers around them — moving quickly, setting decisions in principle which are then implemented. And they can be reviewed and revised. 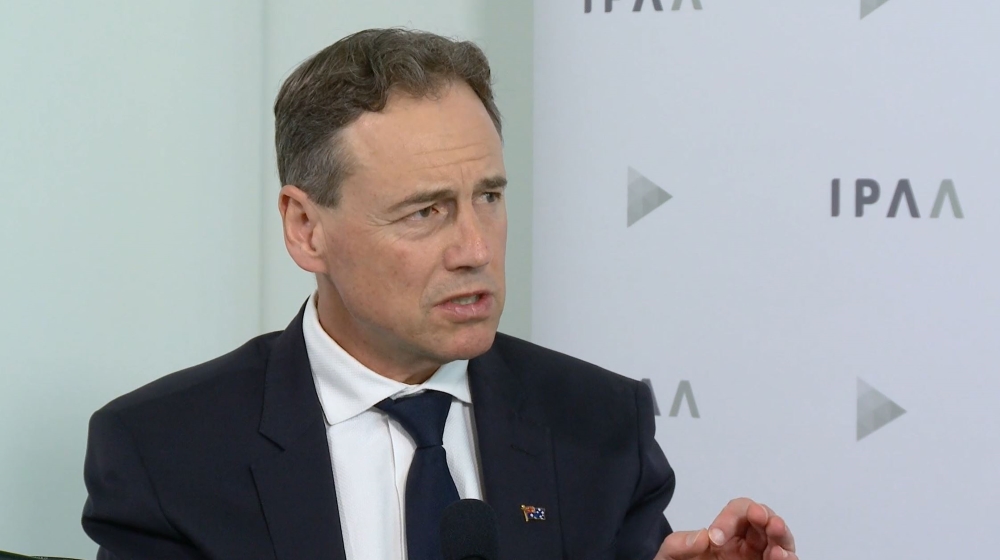 The Hon Greg Hunt MP, Minister for Health and Minister Assisting the Prime Minister on the Public Service and Cabinet in conversation.

The ‘In Conversation’ discussion between Minister Hunt and Dr Gordon de Brouwer PSM begins at 21:06 in the recording.