The workforce elements of the public sector’s pandemic, and the perils and triumphs of working in the public sector, were the focus of a recent interview by Geraldine Doogue AO on ABC Radio National’s Saturday Extra program.

The public sector is not like the private sector

Geraldine opened by touching on the treatment Christine Holgate received as the leader of Australia Post and the perennial challenge of attracting robust, independent leaders to the public service.

She referenced a piece Tom Burton had written during the week suggesting that Christine Holgate represents a ‘people problem’ and asked him, ‘How so?”.

Tom began his answer by noting that the Thodey Review of the Australian Public Service had recommended bringing in outsiders to address the issue of getting more modern capability into the public service.

“The politics of her demise if you like is just a big red flag for anyone sitting on the outside of the public service, saying, ‘Do I want to go there?'”

On the other hand Tom said the public service is a great place to work, especially for leaders wanting to work with purpose and bring about a better world. But he added a cautionary note: “They have a lot of troubles getting on board and then about a quarter of them leave within two years — those who come on board at the senior public service level”.

Gordon de Brouwer, who had been an independent panel member on the Thodey Review, said the Holgate case demonstrated the importance of bringing in people to the public service with commercial savvy, with an understanding of markets, who can innovate.

“What it really shows as well is that the public sector is not like the private sector.

Gordon went on to say:

“Understanding that system is really important…

When you bring someone in with that innovation and savvy, it’s also guiding them and mentoring them through the value of the process, but also how do you use that process and what those rules mean.

So I think it’s being alert and helping people grow in that position.”

Geraldine Doogue next turned the attention of her guests to the criticism levelled at the slow vaccine rollout across Australia.

Gordon de Brouwer said that the pandemic had demonstrated the importance of the federation, and the individual roles of the Commonwealth and the states and territories.

In terms of the troubled vaccine rollout, Gordon framed his response through a series of questions:

“‘Are people using all of the state mechanisms as well? And not just seeking to use their own federal mechanisms, or national mechanisms?’…

‘Are they engaging? Have they talked openly with that?’

‘…Is there really full conversation and open communication between the Commonwealth and states and territories?’…

And also — ‘Is there real communication with the affected sectors, especially with doctors, some of the health providers?’.

And he made one final observation:

“So it’s really that you’ve used the whole national system, in both the Commonwealth and the states.

And that you’ve really delved into, and had open communication around that and looked for real solutions.

And I think that’s the expectation. There’s a lot of learning in this.”

Geraldine turned to Tom and asked him what he saw as the lessons from the vaccine rollout.

He said the Australian public health response has been a “poster-child worldwide”.

“And as someone observed, we didn’t just crush the curve, we just totally got rid of it.

And that’s been a really important… reminder to everyone, what sophisticated, big public sector processes look like…

It’s contentious but its been very effective and it’s got us where we are.”

Tom went on to say:

“I think the pandemic’s really reminded us — as Gordon said — just how important the states are.

And so an understanding of the state’s role — and I think the vaccination’s a good example of that — the state have got a lot of capability to do that.

The Federal Government is being pushed more and more to be a big service provider — disability, aged care, those sort of spaces. And so all of a sudden I think we need an important discussion — is that the appropriate level to deliver those services? And you know my instinct is to say, ‘No’.”

Geraldine turned the conversation to consider some of the real pluses that have come through in the public sector’s response to the health and economic crises brought on by the pandemic.

“Gordon de Brouwer, I was thinking of the workforce positives you’ve seen come out of the pandemic.

Because you know the business world at the moment — if I had to characterise it — is absolutely gobsmacked at how well Australia is doing”.

-Gordon said there had been “a really wonderful agility in how the services — and this is both the Commonwealth, and the state and territory services — have responded”.

He drew on an early example from the pandemic of the way Services Australia had quickly ramped up it’s staff with public servants mobilised from other parts of the Australian Public Service.

“The work was done within 5 weeks, what normally takes a year.

There were 2,500 public servants who moved to do the call centres and other things to support that. So really quick off-the-ground adjustment.”

And this agility was not confined to the Commonwealth:

“In the states as well I see really rapid adjustment in how to provide, how to teach, how to provide education, the range of health services, the range of community and justice service, and using digital means to make sure that those services were maintained, and the wellbeing and welfare of people was also maintained. So pretty extraordinary.”

Gordon also spoke about just how quickly the economic and health responses were developed:

“That’s built off a lot of insight and expertise.

And it’s also built off a strategic capability and of thinking, not just what’s happening now, but what are the next three or four steps, and what are the consequences of doing an intervention — like JobKeeper — and what do they mean for the nature of labour dynamics and how far to you run this?…

When there’s a lot of uncertainty you really need to lean in to provide certainty and take out that risk.”

Geraldine then asked Tom to reflect on whether or not the digital transformation of the public sector was happening fast enough and with sufficient investment to address the concerns raised by the Thodey Review.

“There’s certainly been a lot of investment.

We’ve put, you know, somewhere around $10 billion a year into digital transformation across the country. So there’s a lot of money flowing there.”

Tom was less enthusiastic about the agility the APS had shown in mobilising 2,500 public servants from a workforce of 150,000 to support the work of Services Australia, suggesting that “the big change is yet to happen”.

“So agility is one thing but I think it’s this sort of ability to see where the public sector goes — you know 40 per cent of jobs I think in Gordon’s report said will be automated… over the next 10 years… So a lot of those process jobs will disappear.

A lot of decision-making will end up being in algorithms — that is the way government works — and we’ll see AI and those sort of things really come to fore.” 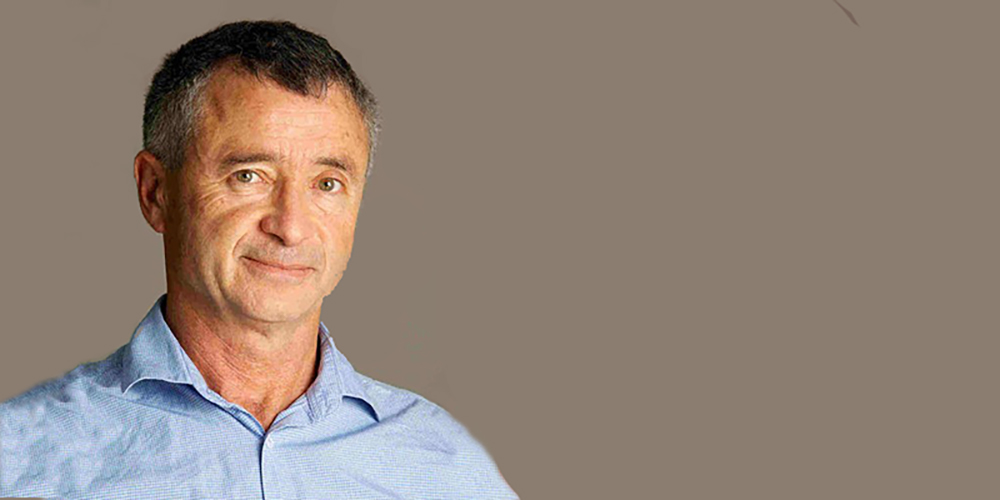 Gordon then spoke about underinvestment in public sector technology and IT and capability as identified in the Thodey Review, calling it a profound and serious failure.

“The pandemic has really I think shifted these, and the opportunities. People have seen just the power of big data that Tom talked about…

It’s not just a small sample of part of the population: it’s almost the whole population and almost real-time.

And it’s led to a realisation that you can do something about it. And this has then created a more strategic spending and expenditure in technology.

And a real focus then on… authorising people to use data.”

Tom acknowledged the movement on the digital-data piece but brought a different perspective to the discussion:

“If you stand back from it — the health data piece is just woeful.

The connection between GP’s and hospitals for example. Someone turns up at a hospital and you can’t even work out which doctor they’ve been to.

During the pandemic the data piece on health has just been, you know, amateur-hour, and still is quite frankly.”

He also brought attention to what he called “a problem at the top”:

“If you look at the CVs of secretaries in Canberra — I’m not saying this critically, I’m just making this observation — you know, they’re all people like me.

And really what you’re looking for, in my mind, are engineers and system thinkers and people who can really thing in big terms.”

It was a problem he saw being addressed at Cabinet level:

“They just announced yesterday that Stuart Robert’s going to take a role as leading the DTA. He’s going to be essentially the Digital Tsar for the Commonwealth.

Governments are realising it has to come from the top. You know the top is what drives these things.”

Geraldine Doogue rounded out the interview by asking her guests whether or not consultancies rob the public service of internal expertise.

Tom Burton felt that the issue of consultancies was a bit overstated and reflected that governments have always used outsiders to give them advice.

Of more concern was what he saw as a lack of confidence at the senior levels of the public service:

“This confusion of citizen noise and social media — I think the senior end of public service really struggle to work within that frame”.

Gordon de Brouwer felt that the use of consultancies should be viewed as a tool to build up capability within the public service:

This live-to-air interview was the second in ABC Radio National’s ‘The public sector’s pandemic’ series.

You can listen to the full episode via the link below or read an edited transcript of the interview here.

The first, with Verona Burgess from The Mandarin and Travers McLeod, CEO of the Centre for Policy Development, went to air on 3 April 2021 and can be accessed from the ABC’s Saturday Extra webpage.

The series will run through April on Saturday Extra.