The importance of public services in the world of COVID-19 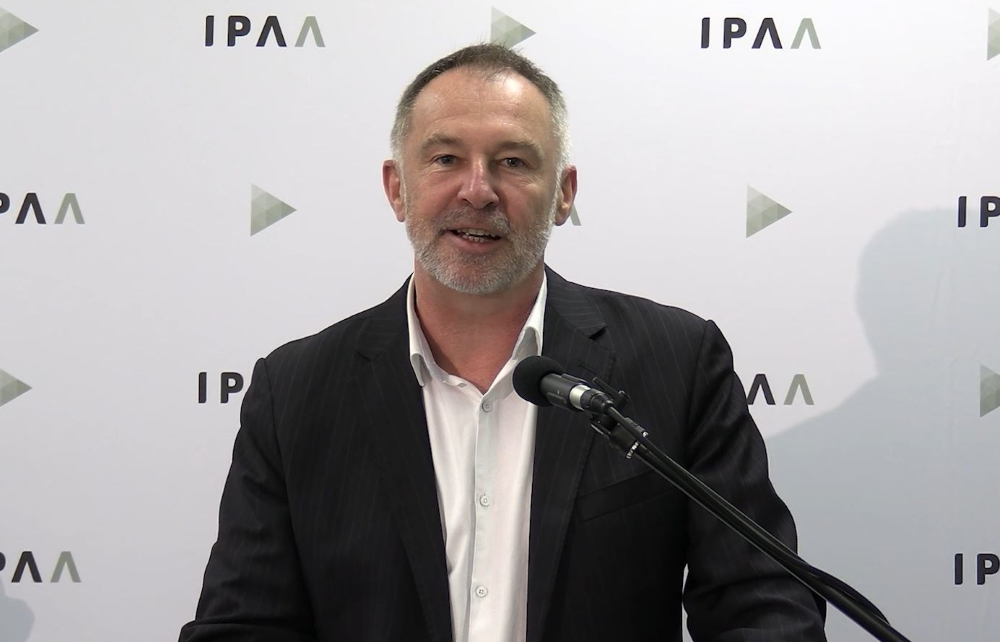 In a recent address to staff of the Queensland Department of Natural Resources, Mines and Energy, IPAA National President, Dr Gordon de Brouwer PSM, spoke about the profound impact of the COVID-19 pandemic on public services across Australia, and highlighted the importance of telling the stories of public service at the state, territory and national levels.

This live streamed event was produced in a partnership between IPAA Queensland, the Department of Natural Resources, Mines and Energy, and IPAA ACT.

We should celebrate public service

Gordon began by congratulating and thanking the public servants of Queensland and of Australia for their work during the pandemic:

‘You’ve made a profound contribution during a major health, social and economic crisis to protect and improve the lives of the Queensland and the Australian people — well done, and thank you.’

Gordon paid tribute to the speed, collaboration, and effectiveness that public services across Australia have shown in delivering their governments’ responses to COVID-19, and their capacity to ‘think creatively and to act, to change quickly and to do things differently’.

He recognised the importance of digital technology in dealing with the pandemic, both in alternatives to face-to-face engagement and in rapidly making more data available to inform government decision making. And he observed that ‘ministers and public servants have found that they could only do their job with others: be it within their own government, other governments in the federation, or with business and the community’.

Gordon went on to say:

‘COVID-19 has provided a real imperative for those in the public service to work together, talk frankly and honestly, to share information, rely on and trust each other, and it’s all to achieve a shared goal. It’s shown that relationships really do matter and that we can achieve a lot together — frankly, we can achieve more together — when we work like adults with decency and common sense.’

He spoke about the disruption the pandemic has caused to public sector workplaces with changed work practices and staff often doing their job from home with ‘extraordinary support’ from their corporate enabling services. And he noted how for some, working from home was ‘both enjoyable and productive, giving them more control over their work and flexibility in their lives’, but for others ‘it has been a much more difficult experience, and for some of them it’s something they can’t wait to see the end of’.

Gordon noted the experience of public servants had differed widely, with some struggling to find ‘their own role, their own place, their own sense of purpose and contribution’ when decision making has been elevated and centralised in more senior ranks, while others have ‘relished the responsibility’ of making on-the-ground operational decisions due to the fast-paced nature of the response.

‘What the COVID-19 experience has shown is that public-sector work practices don’t need to be fixed in stone. A lot of flexibility in the workplace is possible. Hierarchy can be streamlined. And giving staff responsibility for doing their job can frankly achieve better results.’

Gordon then turned his attention to how public servants could lock in positive changes in public administration, noting that ‘you’re not going to get that change unless you decide you want it, and you plan for it effectively, and you implement it’.

He provided a checklist of things to consider:

Gordon recognised that locking in positive change turned on how the public sector uses technology. And he expressed a bit of sympathy on this because:

‘Someone else’s decision really matters in all of this… it’s the way governments allocate resources to digital technology in the public sector.

And one of the observations on the 2019 Independent Review of the Australian Public Service was that there’s been chronic under-investment and poor strategic planning of technology and IT systems in the public sector.

So none of this’s going to work unless there’s proper investment in technology and data and digital systems and also the capability around that.

So if you’re going to do your job on this in a new world, government’s also got to play and provide those resources.’

On a positive note, Gordon said he felt that the mood has changed because ‘people more generally have realised just how different, how important, technology is in these things’.

Finally to be sure of locking in good change, Gordon urged public servants to be active participants in conversations in their agency or department around change, and to take personal responsibility for how you do things yourself,  how you interact with others, and how you do your job.

Gordon then turned to the process of managing risks, recognising that:

‘Having a go, trying something new, taking a risk is really an essential part of effective and dynamic public administration. Ministers and public servants took many risks in making changes in the course of the pandemic, to the way they either delivered services, regulation and operations, used data or provided advice.

And I’ve gotta say, the public is very glad they did take those risks.’

But he also encouraged public servants to be conscious of the risks in the conduct of public administration, and to explicitly and actively manage them.

One of the risks he highlighted was the inevitable scrutiny that comes with decisions made under uncertainty and made very quickly.

‘It is a great strength of our liberal democracy that decisions made by governments can be reviewed in the Parliament, they can scrutinised by a free media, they can probed by independent integrity bodies, and they can be assessed by independent audit agencies…

…What’s really important, is being able to document and show that when you’re subject to scrutiny.’

Gordon recommended the 12-page note prepared by the Australian National Audit Office on Rapid implementation of Australian Government Initiatives, published early in the pandemic, as a necessary read. And he noted that it would be naïve to think that there won’t be more independent inquiry processes undertaken in the next few years on top of those relating to the Commonwealth Government Response, the Ruby Princess problem in New South Wales, and quarantine security in Victoria.

A second risk he spoke about is thinking around patterns of decision making and are they really still fit for purpose? Some decisions during the pandemic have been run at the very top and people feel left out; in other cases people have been able to make decisions that had to be made rapidly in middle management. His general point here was that:

Gordon suggested that reflecting proactively and explicitly on decision making and how leadership is exercised will help determine whether a particular model is fit for purpose.

‘At least so far, the nature of a pandemic is that it really affects the person-to-person interactions and that in many of those areas and the economy in general… people who are on casual employment… or especially young people and women…

…It’s really then thinking very explicitly, as you come out or think about how you deal with COVID, that we don’t lose the gains we’ve made to that broader participation in our workforces from this pandemic, and how to explicitly manage and control that risk.’

The fourth risk he emphasised is the risk of mental health and wellbeing problems in the workforce.

‘The pandemic has come on top of drought, bushfires and smoke, damaging storms, and they’ve put people across the country under deep stress. This has consequences for people’s mental health, for violence in the home, and for people’s wellbeing in general. It’s a problem in all workplaces but it’s something that in public sector workplaces also has to be explicitly addressed.’

In recognition of this, Gordon urged public servants not only to take leave themselves but also to encourage others to do the same. Holding on to lots of accumulated leave was something he saw as ‘counter-productive to effectiveness and efficiency, and frankly, it’s unethical’.

‘As my friend Jeff Whalan says, it’s important that you look after yourself and you look after the people around you, not least because that’s actually the decent and human thing to do but also because it’s the best mitigation to tired people making mistakes, making poor decisions’.

A video of Dr Gordon de Brouwer PSM’s address can be viewed from the link below.