Tribute to a Distinguished Champion of IPAA 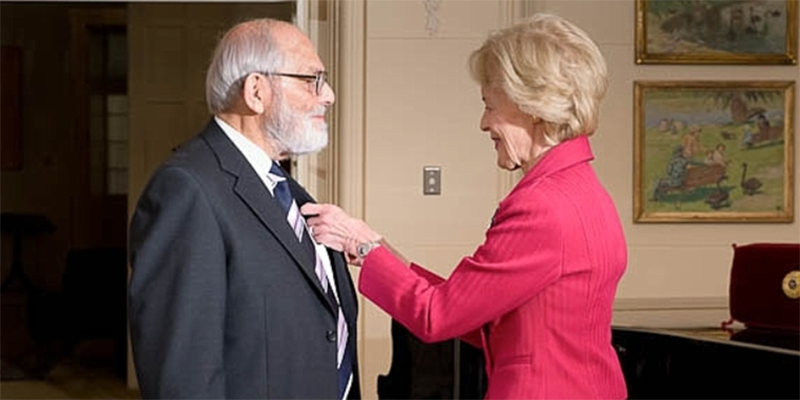 Emeritus Professor Roger Wettenhall AM passed away on 20 January 2022. An academic with a fervent passion for the study and practice of public administration in Australia, Roger was integral to the formation of a national IPAA body, and the administration of IPAA’s activities. He was an influential and active member of IPAA and its predecessor for over three decades and contributed to the professionalism and trust placed in IPAA and the public sector.

Dr Gordon de Brouwer PSM, IPAA National President, notes the salience of Roger’s influence: “It is important to acknowledge and celebrate the work of those in the public sector. We are all recipients of Roger’s legacy and we celebrate his significant contribution to public administration. Our condolences go out to his family.”

Roger was a doyen of the field of public administration in Australia for several decades. His main publications and his international reputation were focused on the machinery of government, in particular ministerial departments, statutory authorities and public enterprises. Other interests included comparative administration, privatisation, accountability and integrity, and ACT government.

This influenced delegates from the regional groups to meet in late 1975 and approve a constitution for a National Council.

Roger remained resolute in his commitment to enhance the contribution that the National Council made to public administration. He expressed his belief that the Institute would come of age nationally “when it is able to move positively towards offering its Australian members a range of integrated services such as some other professional bodies already offer”. In 1986, work was undertaken on a corporate plan designed to complement those of the Divisions. The foundations for a national IPAA, as it exists today, had been unequivocally established.

Over three decades, Roger variously served IPAA and its predecessor as ACT President, National Council member and member of the Annual Reports Awards judging panel. He chaired a Committee that administered a bequeathed Trust Fund, which to this day, continues to benefit gifted academics studying and researching the discipline of public administration.

IPAA ACT Board Member, Barry Mewett, worked with Roger administering this Trust Fund. “Roger was deeply involved prior to the establishment of IPAA National and remained deeply involved locally and nationally. He was always around the place—attending IPAA event after event—and he was well-known and well-regarded by people from all levels of government, and across all jurisdictions.”

Roger’s engagement with IPAA was further augmented when he became editor of the Australian Journal of Public Administration (AJPA) in 1989—a role he held until 1995. A national publication accessible to IPAA members, the AJPA documents the changing face of public administration through the different lenses of public servants, politicians and academics.

Roger was awarded an IPAA National Fellowship in 1983 for his outstanding contribution to public service and to IPAA.

We acknowledge the indelible contribution Roger made to the development of public administration as an academic discipline, and through his ongoing activity to IPAA, both locally and nationally. His commitment to the growth of IPAA as a vibrant and valuable institution that serves its members and the wider public sector will not be forgotten.