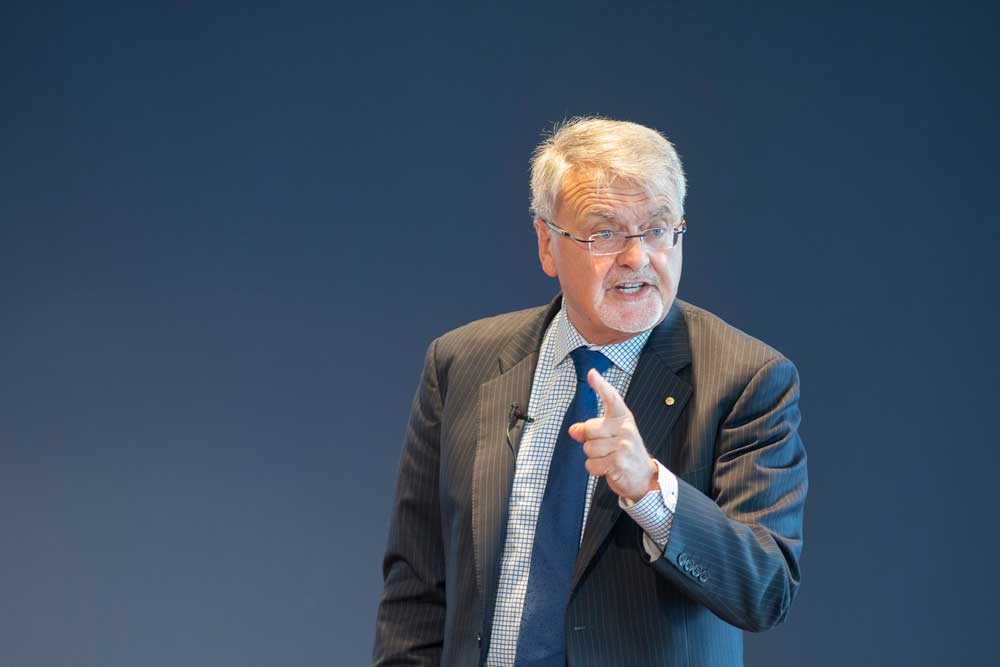 Published in The Australian Financial Review, Thursday 24 May 2018

A decade ago I was Secretary of the Department of the Prime Minister and Cabinet in the Australian Public Service. Today I am National President of the Institute of Public Administration Australia. Both are remarkable institutions. The APS was established in 1901; IPAA in 1927: the former is well-known but inadequately understood by the public; the latter – set up by public servants committed to enhancing their ‘proficiency’ – is properly appreciated only by those many administrators who continue to value its support and advocacy.

Both in my IPAA role, and as a former ‘mandarin’, I warmly welcome the recent announcement of a major Independent Review of the APS commissioned by the Prime Minister. It is timely and it is necessary. It as a virtue that it will be undertaken by a panel of distinguished Australians, led by David Thodey, who collectively have deep understanding of the public, private, academic and community sectors. That breadth of vision is important. It will, I hope, allow them to be bolder, appreciating what is best in the APS but also identifying what can be learned from business and social enterprise.

The starting point should be what we need to preserve. A professional public service, able to give strong advice to successive elected governments in a responsive but impartial manner, is a cornerstone of participatory democracy. The traditional values of honesty and integrity remain of vital importance to a civil society in which public trust in governance is at a low ebb. Surveys reveal that the community has much greater faith in public servants than in the governments they serve.
But ethics needs to be matched by effectiveness. It is vital periodically, in the words of the Review, “to examine the capability, culture and operating model” of the APS. This is not a new insight. The first Australian Public Service Commissioner, DC McLachlan emphasised in 1904 that “efficiency and economy must be the watchwords of this Service if public confidence is to be attained and maintained”.

Of course, the job of public servants has fundamentally changed since then. In a world of machine-learning, the nature of white-collar work is changing apace. The expectations of citizens are rising faster than the capacity of governments to deliver. The increasing influence of Ministerial advisers in mediating the relationship between senior public servants and Ministers is complicating lines of accountability.

In the last generation the ambit of public administration and state-owned enterprise has narrowed. More government services are now commissioned and delivered under contract by not-for-profit groups. More public infrastructure is built in partnership with the private sector. Increasingly success in creating public value depends upon cross-sectoral collaboration. Public servants are becoming facilitators.

It is necessary to identify clearly the public outcomes that are sought and then measure how well the anticipated results are being delivered. Projects need to be better managed, risks identified and mitigated and continuous evaluation of performance given much great emphasis.

Service standards must continue to be improved. Too often we forget how lucky we are to have public services that are largely free of corruption and nepotism. However, that’s not sufficient. Our increasing insights into behavioural psychology allow us to ensure that programs and service can be designed to meet better the needs of individuals, families and communities. People can be ‘nudged’ to take pro-social decisions on their lives. That’s often better than tying them up in bureaucratic red tape.
Public services need to keep pace with the private sector in their use of more sophisticated digital technologies and the automation of routine but complex administrative processes. This is not just a matter of ensuring that the public can access information and undertake transactions when and where they want. The online world, properly constructed, can allow citizens to participate in deliberative democracy on a wide range of policy matters. The technology is available: it is the will or the vision that is often weak.

Citizens who wish to exercise choice can also be given the opportunity to design and direct the services that they require. It is already starting to happen in the delivery of aged care and disability services. The ever-present danger is that such liberating possibilities will founder on rocks of short-sightedness. Too often, good intentions are overwhelmed by the sheer scale of the bureaucratic task. Hopefully the public sector can learn from the private sector how to distinguish investment (that can reduce future budgetary and social costs) from recurrent expenditure (that funds the status quo). If we continue to treat citizens as dependants, they will continue to learn helplessness.

There really are exciting developments happening in the way that the APS conducts its business. The Review will readily identify many encouraging instances of improved productivity. Unfortunately, they will also discover that too many innovative approaches remain as ‘pilots’ at the periphery of public administration. Too often the core of the APS remains impervious to fundamental change.

My fervent hope is that the panel will not only identify what is best (and worst) in Commonwealth governance but indicate how vital reforms can be undertaken on a systematic manner across the whole APS – whether in the provision of policy advice, design of programs, delivery of services or regulation.

A Review that couches its recommendations simply in terms of less hierarchical control, better coordination, improved management practice and enhanced capacity will disappoint. The Prime Minister has provided a rare opportunity to do more. Submissions will soon be called for and I strongly encourage people to put forward their views.

Here is a chance to imagine how the APS can be transformed, not to weaken its influence for public good but rather to reinvigorate its traditional virtues in a manner suited to the 2020’s.