Professor Mick Dodson: Our Nation Sits at a Crossroads — Enough with the Humbug 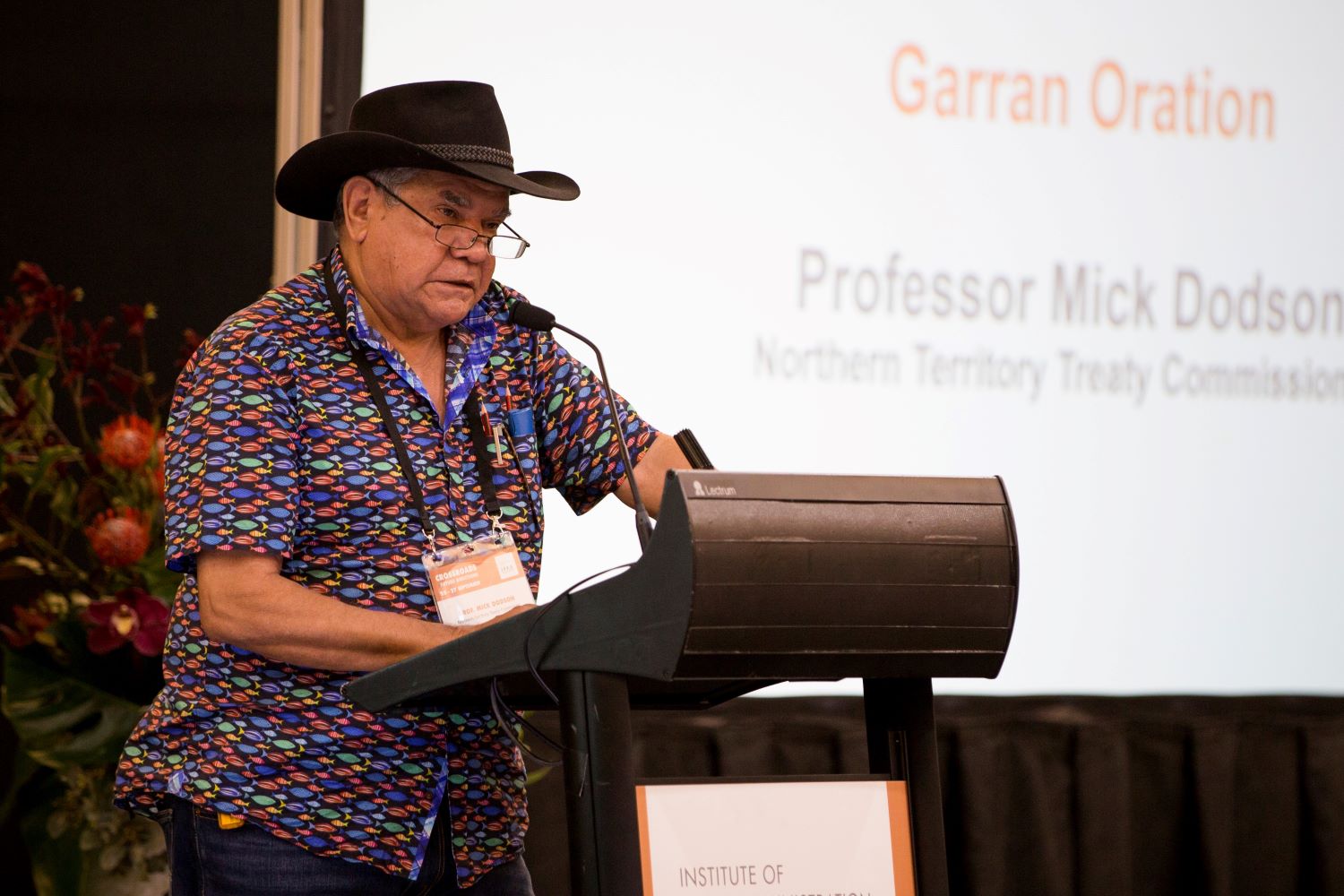 The Northern Territory Treaty Commissioner Professor Mick Dodson delivered the 2019 Garran Oration at the IPAA National Conference ‘Crossroads > Future Directions’ held in Darwin recently, speaking on the purpose of treaties and the challenges in achieving them.

Professor Dodson went on to discuss the nature of treaties, the moral dimension missed by the Mabo decision, and the impact of Australia’s colonial past on First Nations.

“Whatever the High Court has left us with post-Mabo, as to what is now the foundations of sovereignty of the Australian nation state is a complete mystery to me. The sovereign pillars of the nation state are arguably, at the very least, a little legally shaky.

A treaty with the blacks could fix that problem.”

Professor Dodson continued his oration by discussing ‘unfinished business’ and a treaty-making framework, a context for treaty-making in Australia and the need for public servants to change the way they work.

“If treaties are to be successfully negotiated and implemented in Australia, then the way the public services do business will have to change dramatically.

Professor Dodson said readiness by all treaty partners was needed.

“If treaties are to be part of the solution, then we should view them as nation-building exercises and in the national interest, and investment in the future.”

And Professor Dodson said there was “absolutely no need to be afraid”.

“As the Canadian Carole Blackburn noted: treaty should be seen as a marriage, not a divorce.”

Professor Dodson concluded the oration with this exhortation, “In order to take the right future direction from the crossroad we must have truth-telling coupled with treaty-making — enough with the humbug.”

The Garran Oration was established in 1959 to honour Sir Robert Garran GCMG QC, Australia’s first Commonwealth Public Servant, and is delivered annually in association with the IPAA National Conference.

Professor Mick Dodson is the fourth Aboriginal Australian to have delivered the oration.