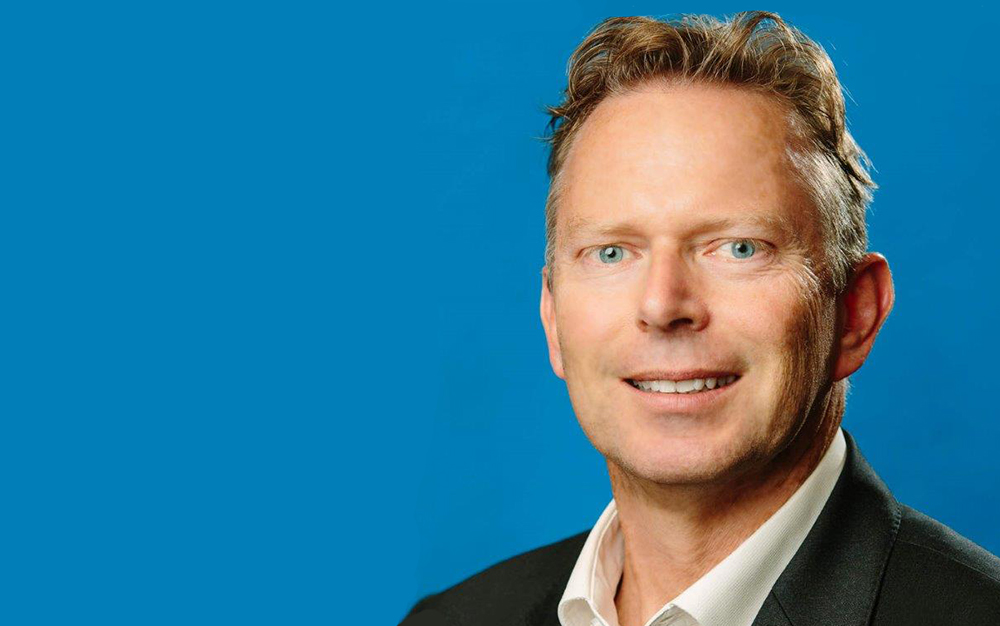 Researchers from Melbourne’s Monash University have been surprised by some of their findings on the policy influence of successful royal commissions, recently published in the Australian Journal of Public Administration.

Professor Michael Mintrom, Associate Professor Deirdre O’Neill and Ruby O’Connor (Research and Administration Officer) from the School of Social Sciences at Monash University selected three successful royal commissions undertaken at the Commonwealth and state levels, drawn from a pool of some 130 royal commissions undertaken over the last 50 years.

They then analysed the policy influence of these royal commissions across three important dimensions: narrative framing, advocacy coalitions and implementation.

What are royal commissions?

Royal commissions are ad hoc bodies established by the head of state, on behalf of the Crown and on the advice of the Government. The Federal or state Government instigating the royal commission sets the terms of reference, appoints the commissioner (or commissioners), and decides the funding allocations.

Royal commissions have been set up for a plethora of reasons since 1902. The frequency with which they have been convened has ebbed and flowed but royal commissions — despite criticism over their expense, the laborious process by which they operate and perceptions of ineffectiveness — have never gone out of favour.

Despite a number of factors being outside the control of commissioners — such as, faltering political will, changes in government or a new crisis eclipsing their work — many royal commissions have utilised their investigative powers, their public and transparent nature, and their perceived prestige, to promptly and genuinely impact government policy.

Because of the complexity of many policy issues, Professor Mintrom and his colleagues argue that there are limits on the number of issues those with decision-making power can attend to in any period of time. They suggest risk-aversion leads decision-makers to avoid making decisions when there is a deficit of knowledge around their consequences. In addition, conflicting positions can reduce the likelihood of agreement being reached on directions for change.

“Complexity and disagreement reduce the odds that bold policy responses will ever be adopted with unanimity. Consequently, most policymaking is incremental, with change proceeding from the status quo via small steps.”

However while incrementalism prevails, they argue that episodes occasionally arise where policy change can be dramatic. 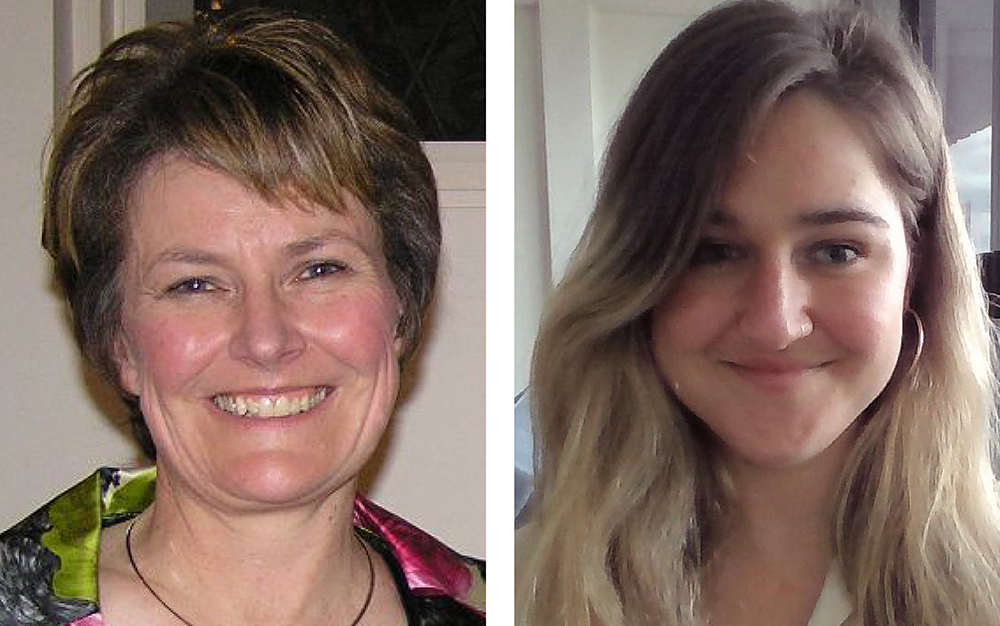 Recently the attention of policy researchers has turned to documenting the influence strategies of actors in and around policymaking processes. These strategies include problem framing, creating advocacy coalitions, and crafting recommendations that can be implemented.

Problem framing can help determine who pays attention to the policy issue.

In her book, ‘Policy Paradox: The Art of Political Decision Making’, Deborah Stone suggests that advocates for policy change can build support for their positions by portraying problems in a new way.

Problem framing can be used to shape how people relate specific problems to their own interests, and can assist the development of broader narratives around what happened in the past and what actions should be taken to change future outcomes (see for instance Michael Jones and Mark McBeth’s 2010 paper; and Elizabeth Shanahan, Michael Jones, Mark McBeth and Claudio Radaelli’s chapter in the 2018 publication, ‘Theories of the Policy Process’).

Creating advocacy coalitions is a strategy that individuals and groups seeking policy change often follow. The work of Paul Sabatier suggests that although members of coalitions will disagree on minor matters, the disagreement will be limited (see Paul Sabatier’s 1988 paper for more information).

Crafting implementable recommendations is a task that requires balance between their operational feasibility and their political acceptability. Professor Mintrom and his colleagues contend there are three important considerations at play:

The researchers then analysed these royal commissions across three consistent dimensions:

“That influence is not serendipitous… each of these three royal commissions were headed by individuals and teams exhibiting exceptionally high levels of relevant experience, knowledge and analytical and people skills. They understood how to read the broader political climates they were working within. They also knew how to connect in a deep way with stakeholders who may have seen themselves (and been regarded by others) as disempowered and ignored.”

Across each of the cases they examined, the researchers saw careful efforts being made from the outset “to frame the royal commission’s work in ways that contributed to subsequent governmental acceptance of the recommendations made”.

They noted in all three cases that:

“the royal commission either reported to a government of a different political persuasion than the one under which it was established or… implementation of its recommendations continued when a new government of a different political persuasion came into power. This tells us that each royal commission engaged in narrative framing that ensured its findings and recommendations would meet support that transcended partisan political fault lines.”

From their examination of the three royal commissions the researchers suggest that:

“The key appears to be the emphasis of core societal values. These include values such as a commitment to bringing all relevant facts into the open, commitment to hearing the voices of people who suffered or were wronged, commitment to seeing justice done, and commitment to ensuring that problems or disasters of the past are never repeated. Such narrative framing makes recommendations hard to ignore.”

The researchers observed that coalition building occurred in diverse ways across each of the cases, but that evidence and argument were critical to showing how policy changes recommended by the royal commissions would serve the interests of a diversity of people.

“Across the three cases, a lesson we draw is the importance of taking the time to listen to people and empathise with the stories they tell and the views they express. When people believe they have received a fair hearing and when they see a willingness to take their views on board, they are more likely to make accommodations or adjust their perspectives so everyone can move forward to a position perceived as better than current or previous circumstances. What also emerges is an understanding that advocacy coalitions are held together by many things that go beyond material interests, including strong emotions.”

The researchers found that each of the royal commissions paid significant attention to how their recommendations could inform policy.

“They understood that fundamental change occurs only when people in specific positions of power or authority commit to changing their own behaviours or to overseeing changes in specific organisational routines or practices. By looking ahead to implementation, and by learning about the day-to-day actions of those who make policies and programs work, advocates of change can identify where action is most needed. They can also better appreciate orders of magnitude — seeing what changes should be prioritised and what changes are less important.”

Professor Mintrom and his colleagues concluded:

“The more that systems knowledge informs the deliberations of royal commissions, the more likely they are to identify leverage points where well-introduced changes will have desirable ripple effects across the system as a whole”.

The researchers had expected that crafting implementable recommendations would increase policy influence (which each of the three cases broadly demonstrated).

“But we also found an emerging pattern of advising that… goes further into how monitoring of implementation might serve to ensure implementation indeed happens. We did not anticipate finding this pattern.”

The researchers noted that in each case they studied, very specific recommendations were made in relation to implementation which went well beyond a general statement of direction or guidance.

“These detailed prescriptions were designed to embed the commission’s recommendations in a way that more broadly worded recommendations would not. Further, what is evident from the three cases we examined is that this approach became more pronounced over time.”

The researchers suggest this appears to be an important corollary to the suggestion that royal commissions can advance their policy influence by crafting implementable recommendations.

The cumulative effect of narrative framing

They concluded that the cases they analysed show that effective deployment of multiple influence strategies can contribute to attainment of significant policy change.

Professor Mintrom, Associate Professor O’Neill and Ruby O’Connor argue that much can be learned from studying the actions of royal commissions.

“They have long served as vital contributors to policymaking. They continue to serve a significant role. It is appropriate that those who lead them and those who observe them appreciate the strategies they can use to raise the odds that they will leave enduring legacies of public value.”

The paper referenced in this feature — Royal Commissions and Policy Influence — can be accessed free of charge by the wider public sector community until 8 May 2021.

← Who's responsible for integrity and accountability? Have your say on the Indigenous Voice proposals →