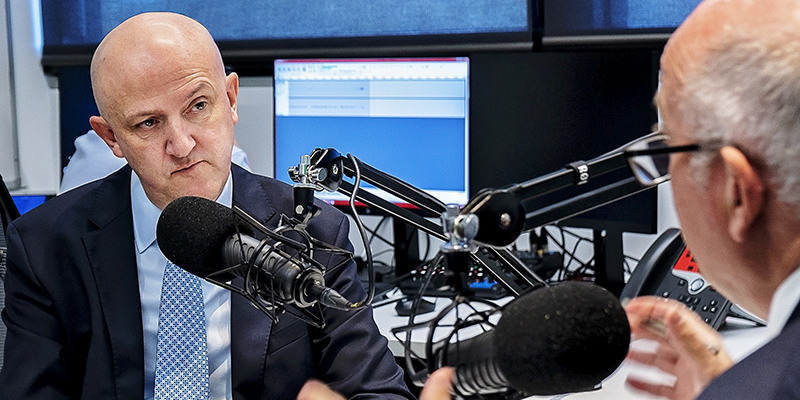 Mike Burgess, the Director-General of Security with the Australian Security Intelligence Organisation being interviewed for WORK WITH PURPOSE.

Mike Burgess, the Director-General of Security with the Australian Security Intelligence Organisation was guest speaker for this week’s WORK WITH PURPOSE podcast.

Mike spoke about the current threat environment under COVID-19:

‘Obviously we’ve seen more people at home, and as they’re at home they’re online and we’ve seen increased chatter in the online world when it comes to the spread of extremist ideology attempting to radicalise people. We’ve seen more of that just as we’ve seen more criminal behaviour online, cybercrime, which is well reported by other agencies.

Espionage is the second oldest profession on the planet, perhaps the first and it hasn’t gone away. More activity online of people, spies are constrained on the streets, so the problem hasn’t gone away, in some cases things have got busier, especially in the online space.’

During the interview Mike took a number of questions from IPAA’s Future Leaders Committee and the conversation weaved its way through the many faceted issues ASIO deals with to protect Australians and Australia from serious security threats.

Episode #10: How ASIO managed during a global health crisis - with Mike Burgess