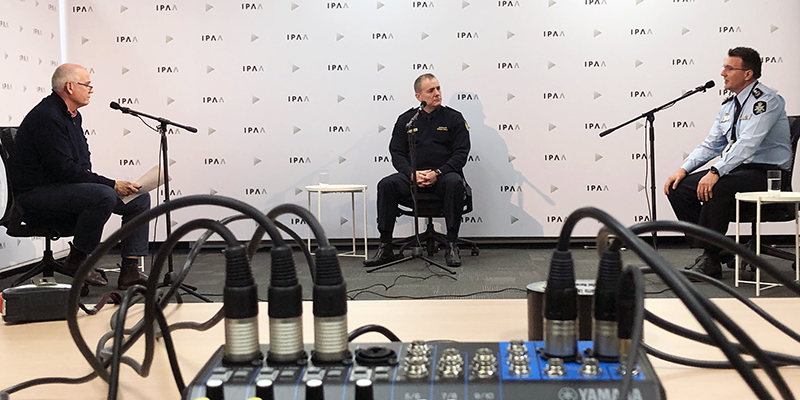 During the interview Reece Kershaw expressed pride in Australia’s response to the COVID-19 pandemic:

‘I think we have shown global leadership, like no other country. I think it was great to see that we united. All the politics was left aside and we united as a country.’

Michael Outram also said the way Australians responded to the travel restrictions was ‘remarkable’, and reflected on the Australian Border Force’s quick response to the Cabinet decision restricting travel from anybody who had been travelling through mainland China into Australia:

‘That was a two o’clock in the afternoon. By nine o’clock that night, my officers implemented that travel ban. They’d never done that before. There was no playbook, no rule book, no experience…

…we got on the phone to the airlines and, literally, through several hours just made the job work.’

Reece Kershaw said that protecting the health of officers was front of mind for the Australian Federal Police. He reflected on the new criminal challenges posed by the dark web before responding to questions with Michael Outram from IPAA’s Future Leaders.