Bullying and harassment are rife in the public service 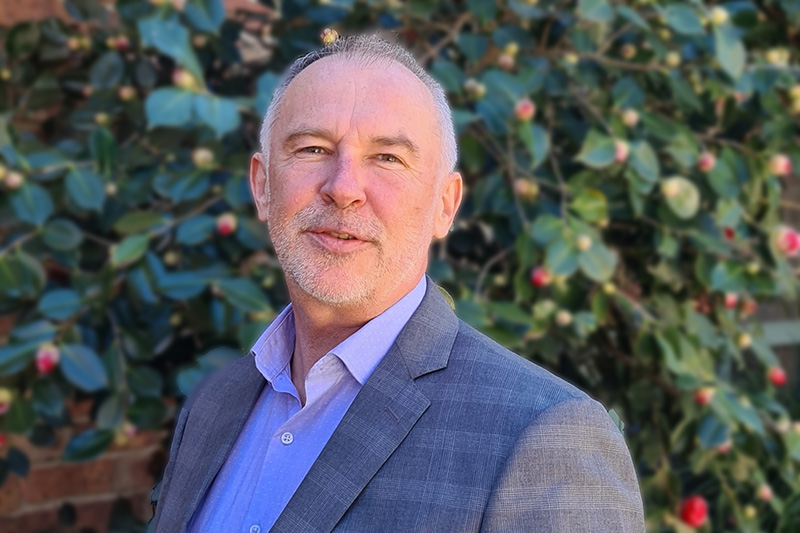 Bullying and harassment can happen in any workplace, and the law is clear about the obligations on both managers and workers to avoid it.

The Fair Work Act defines workplace bullying as repeated and unreasonable behaviour directed towards a worker that creates a risk to health and safety. It does not include performance management carried out in a reasonable manner.

Bullying doesn’t only damage the mental and physical health of employees. There is also strong evidence that it weakens institutions, undermines productivity and innovation, and poisons workplace culture. When bullying happens in a public sector workplace, it undermines the ability of public services to deliver for government.

In a paper published on the Institute for Public Administration Australia website, I explore bullying and harassment in public sector workplaces across Australia.

States and territories provide a lot of information about their jurisdictions and their strategies to address bullying. In recent years, the Commonwealth has started doing the same. In a positive step for transparency, the Australian Public Service Commission has uploaded the 2020 staff census results for 70 Australian Public Service departments and agencies to its website. 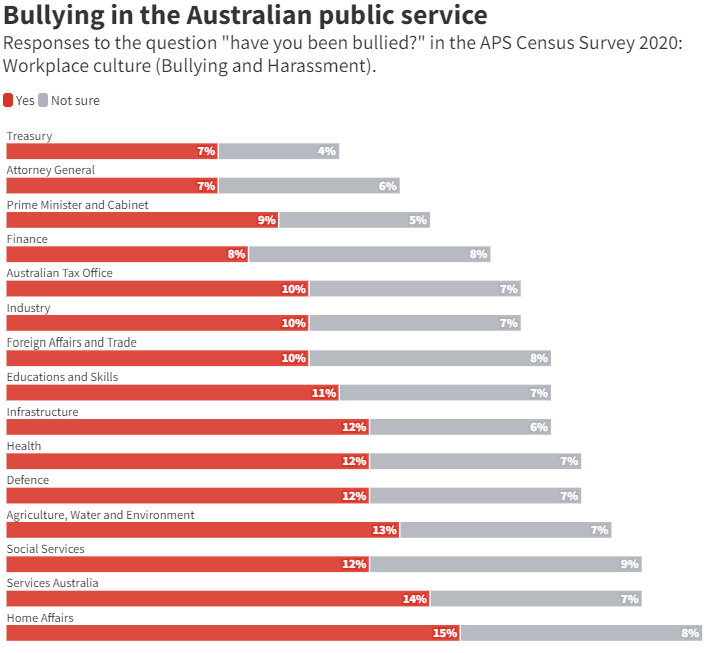 Bullying is rife, but public servants are reluctant to report it

The vast majority of public servants behave respectfully and civilly to their colleagues. But the surveys show bullying is significantly more widespread than codes of conduct or workers’ compensation claims suggest.

Staff identify three types of bad behaviour. By far the most common is verbal abuse, such as offensive language, derogatory remarks, being ignored, and shouting.

This is followed by interference in work tasks, such as withholding needed information, undermining or sabotage.

The third most common form is the unfair application of work policies or rules, such as performance management and access to leave or training.

Many public servants have a story about the yelling or bullying colleague or boss.

The pattern is similar across states and territories. There is variation, depending on the jurisdiction and agency. Staff who identify as having a disability, Aboriginal or Torres Strait Islander or as LGBTIQ+ and those working in front-line jobs or in regional locations are overrepresented.

The state results show staff experience bullying from their peers, immediate manager and senior leaders. However, most do not report it. That’s because they think it won’t change things, or will upset the workplace, or hurt their careers.

What needs to happen?

These rates of bullying are unacceptable and public service commissions are actively working to reduce it, with some success. Yet there is scope to do more, especially in a public sector workforce that is exhausted from COVID-19 and needs to recruit and retain talent to meet government and community expectations.

The place to start is to acknowledge the problem and put respect in the workplace in a major campaign. By committing to at least halve rates of bullying within five years, public service commissions would signal they are serious about improving behaviour and attracting new talent. They could also ensure accessible and confidential support for those who experience bullying, regardless of whether they make a formal complaint.

The next step is to identify and celebrate respect and civility. Some jurisdictions are underdone in terms of engaging about what sort of behaviour and interaction is right in the workplace, and how to manage staff and teams. The codes being developed by Safe Work Australia, formal management training, and events and awards celebrating good behaviour are all opportunities to change this.

The third step is to make organisational changes that strengthen incentives for respect. These include full 360-degree performance assessment of all managers, with explicit separate ratings in every public servant’s performance assessment of the outcomes they achieved and how those outcomes were achieved. People who perform poorly in how they achieve outcomes should be denied promotion.

Public service commissions need to inquire into agencies with consistently or materially above-average rates of bullying, and use an independent person or body to take informal and formal complaints about bullying outside the normal institutional hierarchy. Unless the system applies to everyone, it won’t be effective.

The fourth step is to follow through with rewards and sanctions. When public servants sees people who systematically behave badly not being promoted, getting demoted or losing their job, behaviour will change.

Finally, all this needs transparency and collaboration. Being clear about which institutions are behind and how they can change, and providing public analysis, will have impact.

These suggestions would lift respectful behaviour within the public service. It is also worth extending to public servants the counselling, reporting and resolution processes adopted by the Commonwealth Parliament in relation to serious incidents of harassment in the parliamentary workplace.